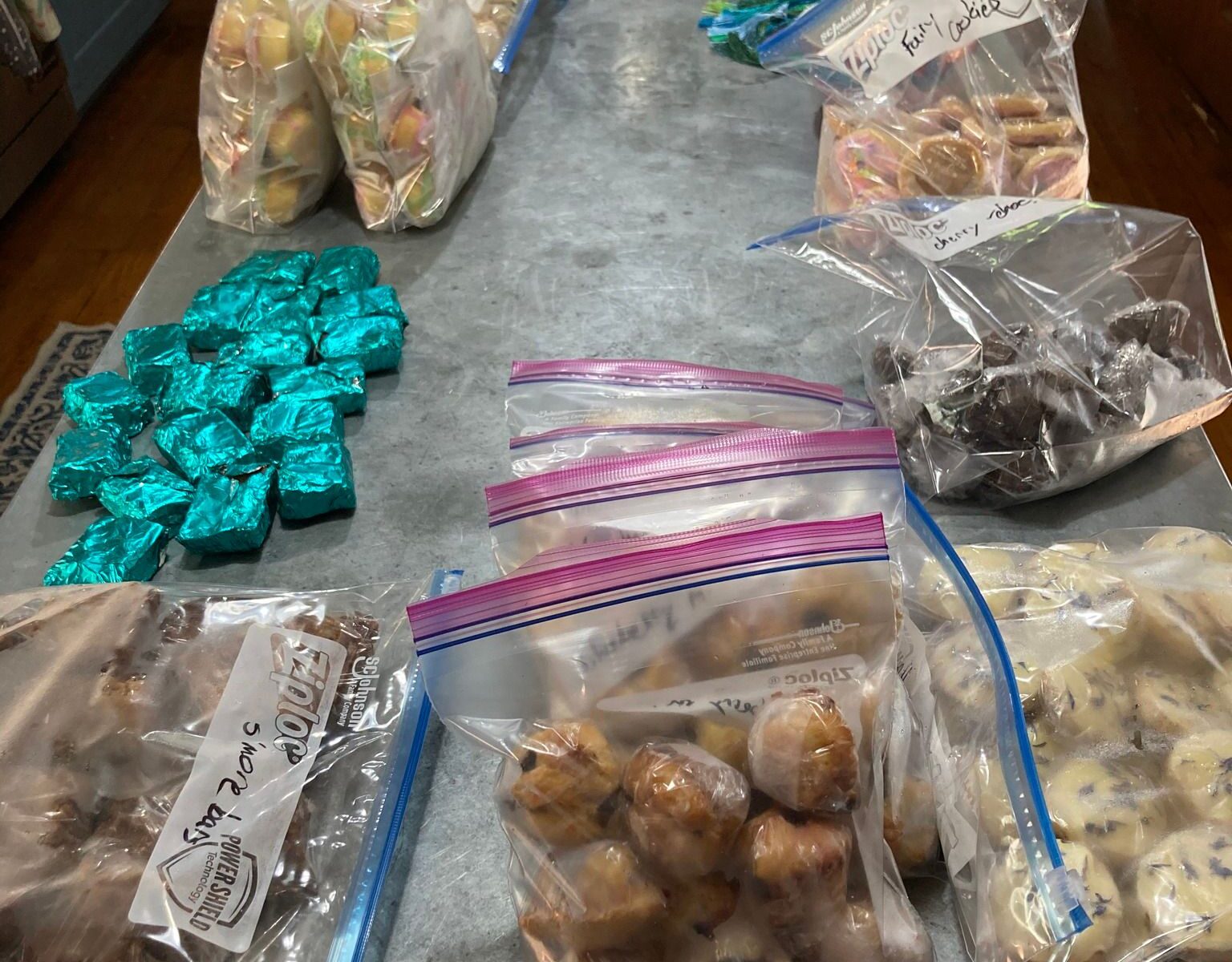 Patreon shipping day at Serendib House — Stephanie Bailey, Darius Vinesar, and Emmanuel Henderson are here to help me pack up and ship out the treat boxes.

My PLAN had been to finish these last week, before the semester started, but I didn’t quite make it, so this week has been somewhat more harried than I intended. Still, it’s done now, and I’m going to try not to think abut the next box for another month or so.

(Which is hard, because I totally want to start thinking about it…shh, Mary Anne. One thing at a time. (Ha ha ha ha ha. (I am laughing in ADHD.)))

I’m pretty happy with how the “fairies and starlight” themed box came out, though my ambition to make everything tiny-sized meant that I ended up feeling like I needed to make more items than normal to compensate. Fairies are a lot of work.

Nice bit of press — WTTW did an article about me, my work, and Vegan Serendib. You can read it here!

(I feel like I rambled quite a bit, and maybe overstated a few political things in retrospect, but oh well. It’s okay, I think.) 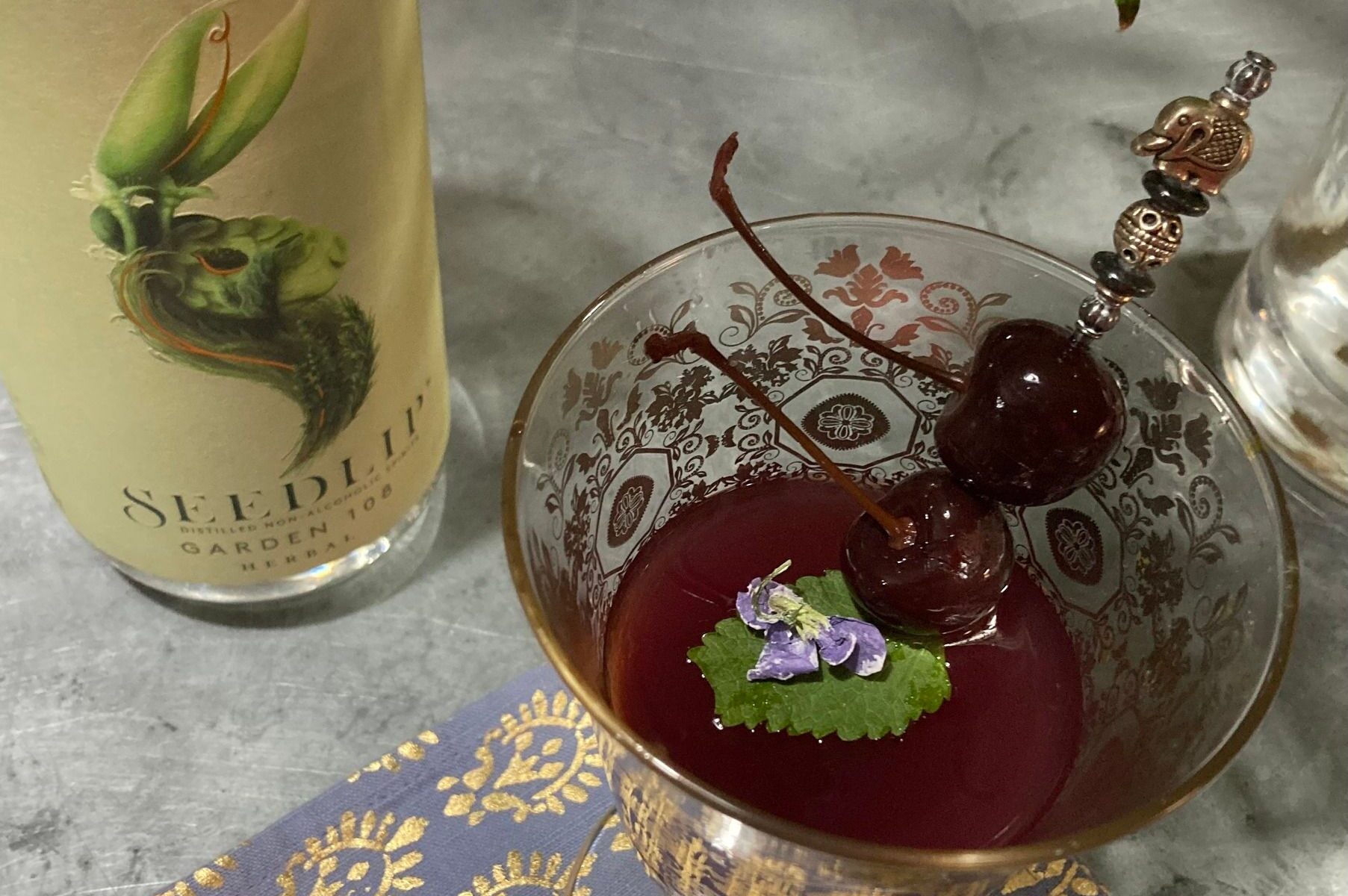 I tried Seedlip Garden 108, and I like it as a mixer! I mean, it’s definitely not alcohol, so if you go into it expecting it to taste or act like gin, it won’t. And I wouldn’t drink it straight up — that just tastes like slightly herby water.

But if you’re looking for something with interesting botanical notes that works well in a non-alcoholic cocktail — well, I’ve tried making one so far, and I’d happily serve it to guests, so I’m going to call that a win for Seedlip.

1. Add the Seedlip Garden 108, maraschino syrup, violet syrup and lime juice to a shaker with ice and shake until well-chilled.

2. Strain into a cocktail glass, and garnish with a brandied cherry. 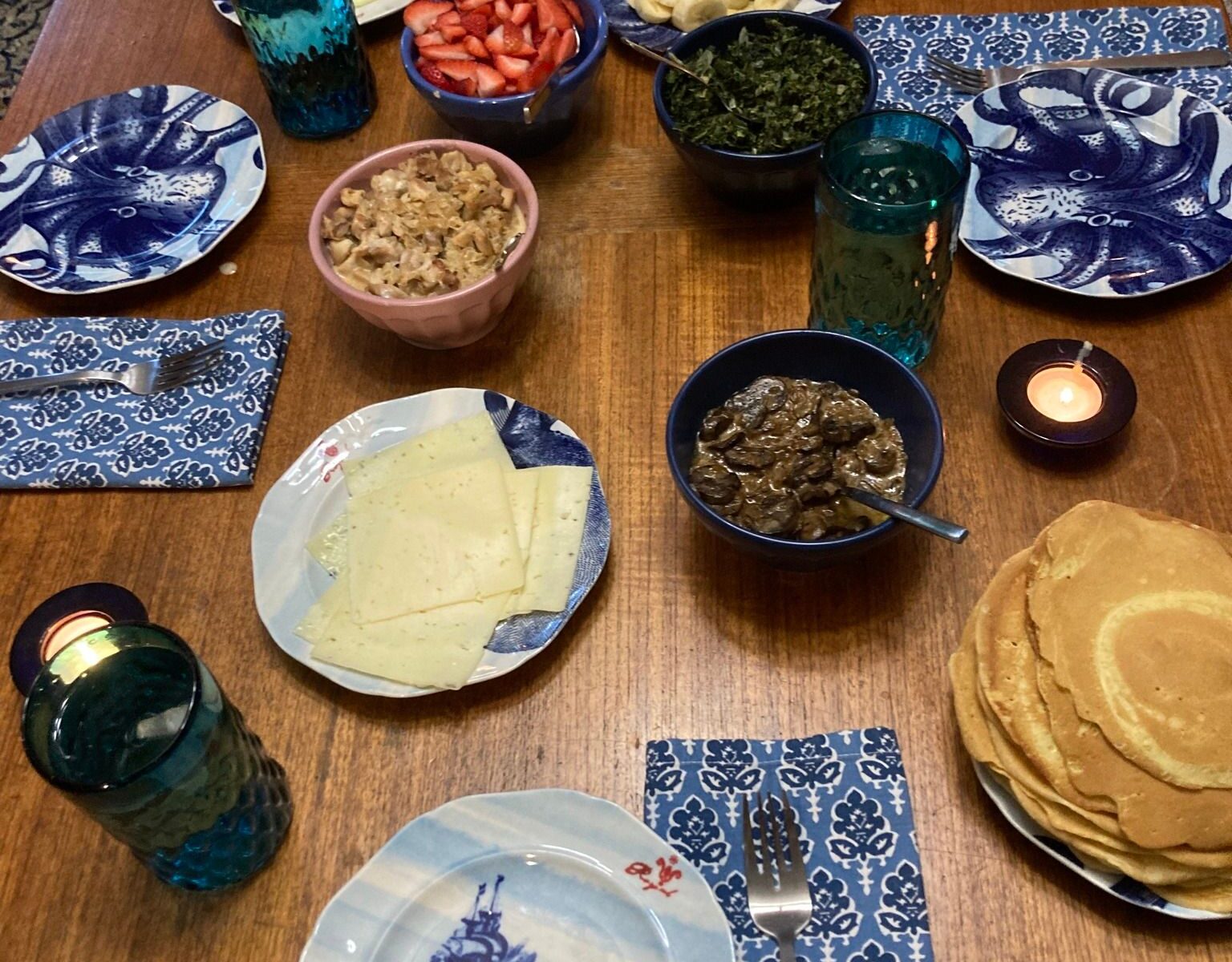 With the school year starting up again and our schedules getting busier, I thought we’d take another stab at trying to do a semi-regular Sunday dinner, where the kids help cook a nice meal, we set the table with cloth napkins and candles, and we eat together and chat…

…rather than what we do most of the time, which is scrambling and eating what’s easy and definitely not all together — we’ve never been an every-night-family-dinner kind of family. (Kevin and I both work at home most of the time, so we get a lot of time with the kids regardless, so it’s never felt like a priority for us to sit down together every night. If we both worked 9-5 jobs outside the home, I suspect we’d do things differently.)

It was lovely, though I admit, all the cooking did make me a bit tired, with everything else that I have in prep for today’s semester start. The cooked fillings can be prepped a day ahead, if needed, so maybe that would’ve been smart, if I’d thought of it. Oh well!

We did a crepe bar, which was one of my standard party tricks for brunches before we had kids, usually with exactly these fillings on offer:

– creamy chicken (sauteéd in onions)
– creamy mushrooms (goes wonderfully with the chicken, for thems that like mushrooms, which is currently me)
– Swiss cheese (goes with both of the above, and we discovered yesterday that both the kids really like Swiss cheese, yay, so we’ll be adding it to the regular fridge options — nice to see them expanding beyond cheddar, as lovely as cheddar is)
– spinach (sauteéd in onions) with feta (this was just me and Kev, so there’s a fair bit left over, but that’s great, it’ll make excellent omelettes for us for the next few days
– bananas & strawberries & Nutella
– lemon & sugar

So delicious — I think we each had at least four filled crepes. Good thing the crepes aren’t that big; I was stuffed by the end of the meal. We didn’t bother with dessert, given the fruit and sweet options, and I think that was the right choice — Kavi and Kevin both ended up with some strawberries and sugar to nibble at the end.

Now, most of us went for fairly standard combinations, but Anand really likes to experiment — so he tried various things, including chicken + banana + sugar!

Which at first, I admit, the rest of us were a little weirded out by, but when you think about it, it’s not SO different from something like a Jamaican chicken with fried plantains dish, right? I wasn’t brave enough to try a bite myself, though.

This was Kavi’s week to pick, so Anand is going next week — he’s requested shepherd’s pie. Kavi’s not a big shepherd’s pie fan, but she’s willing to eat it, and we’re going to pair it with a Caesar salad, which she loves, so that should work. I was thinking about what other Irish appetizers or desserts we might want to include; opinions welcome! 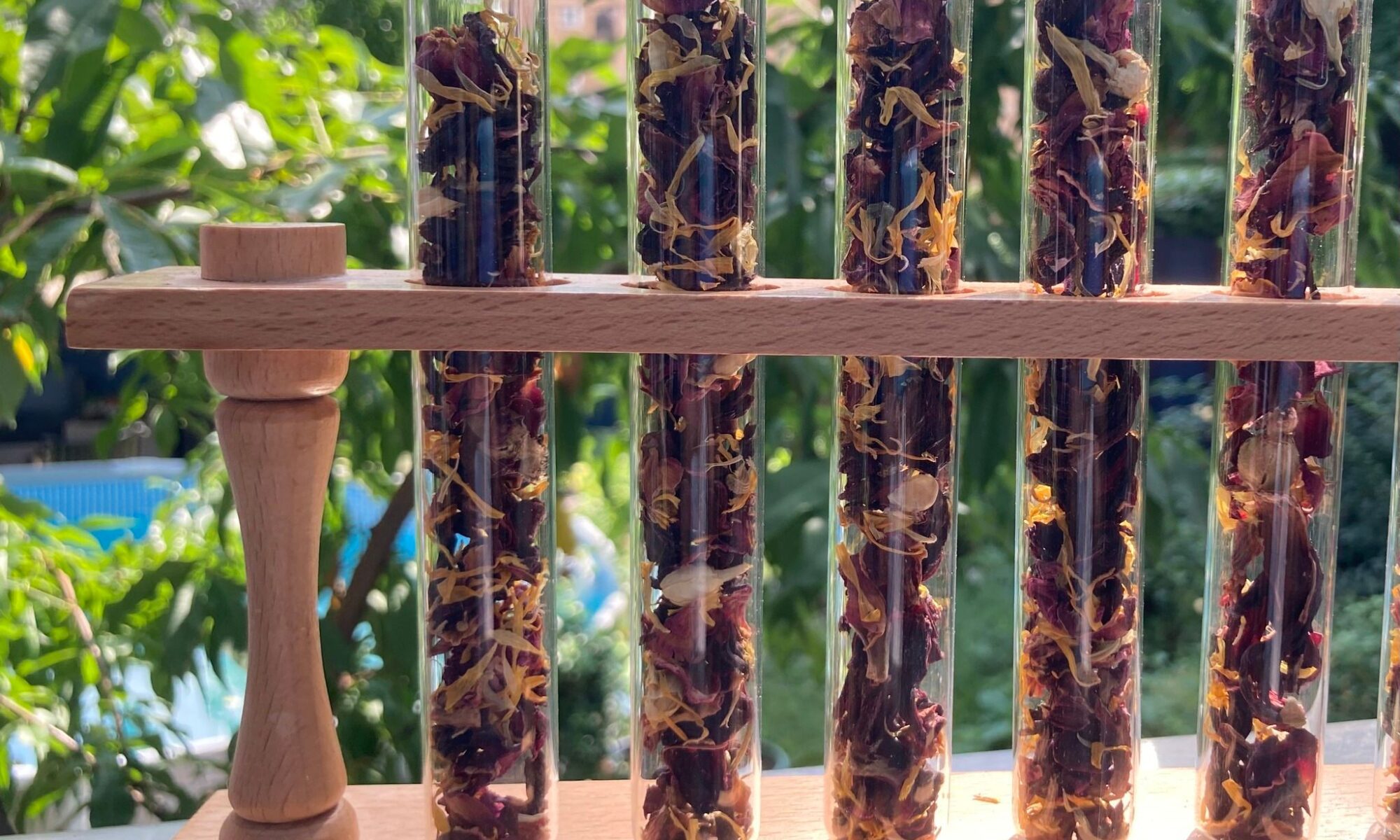 A fragrant blend of hibiscus, rose, calendula, and just a touch of jasmine. I like mine with a little honey.

This one’s going in all the spring/summer Patreon boxes… 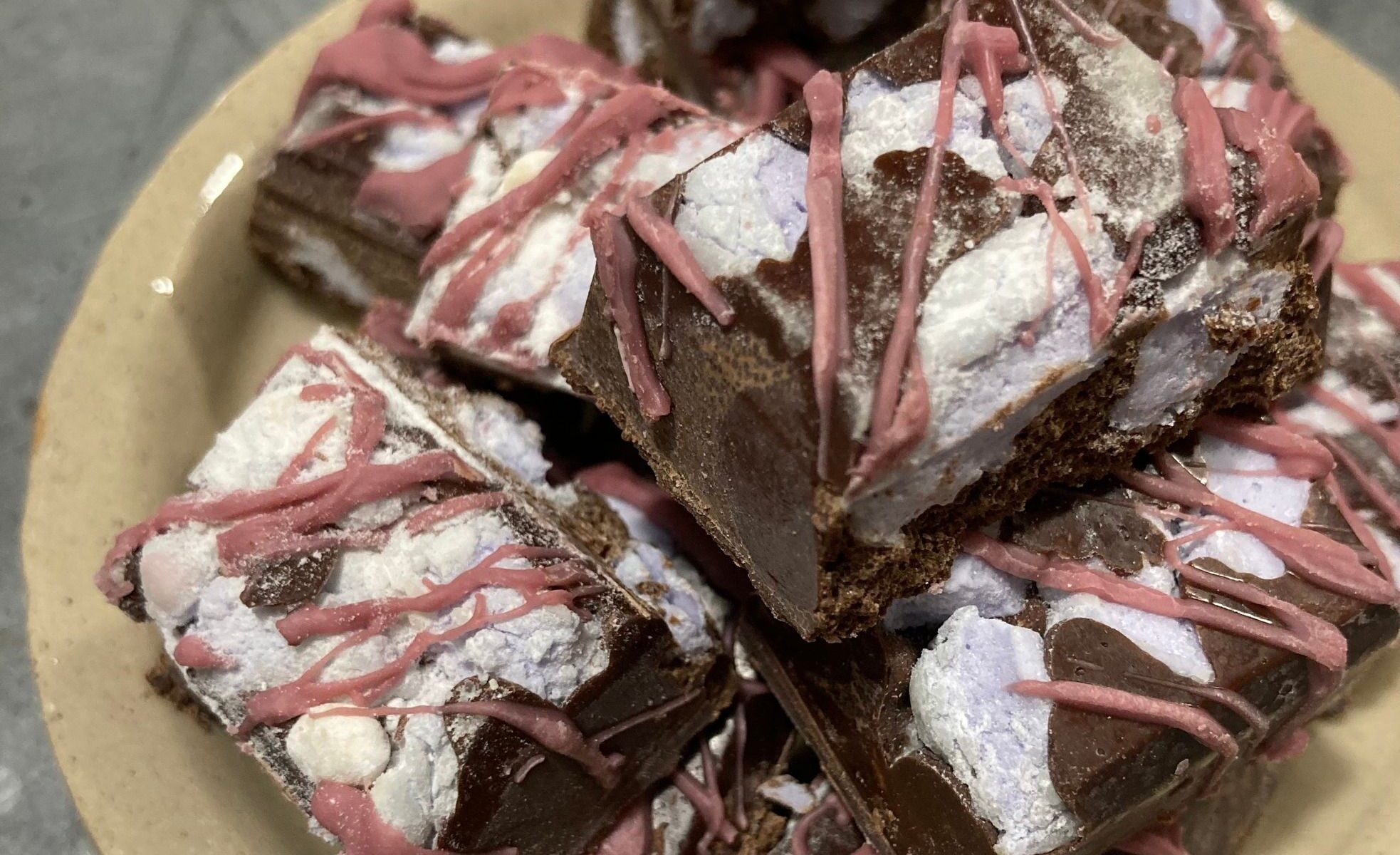 These are violet & vanilla marshmallows, embedded in bittersweet chocolate, with a ruby drizzle. 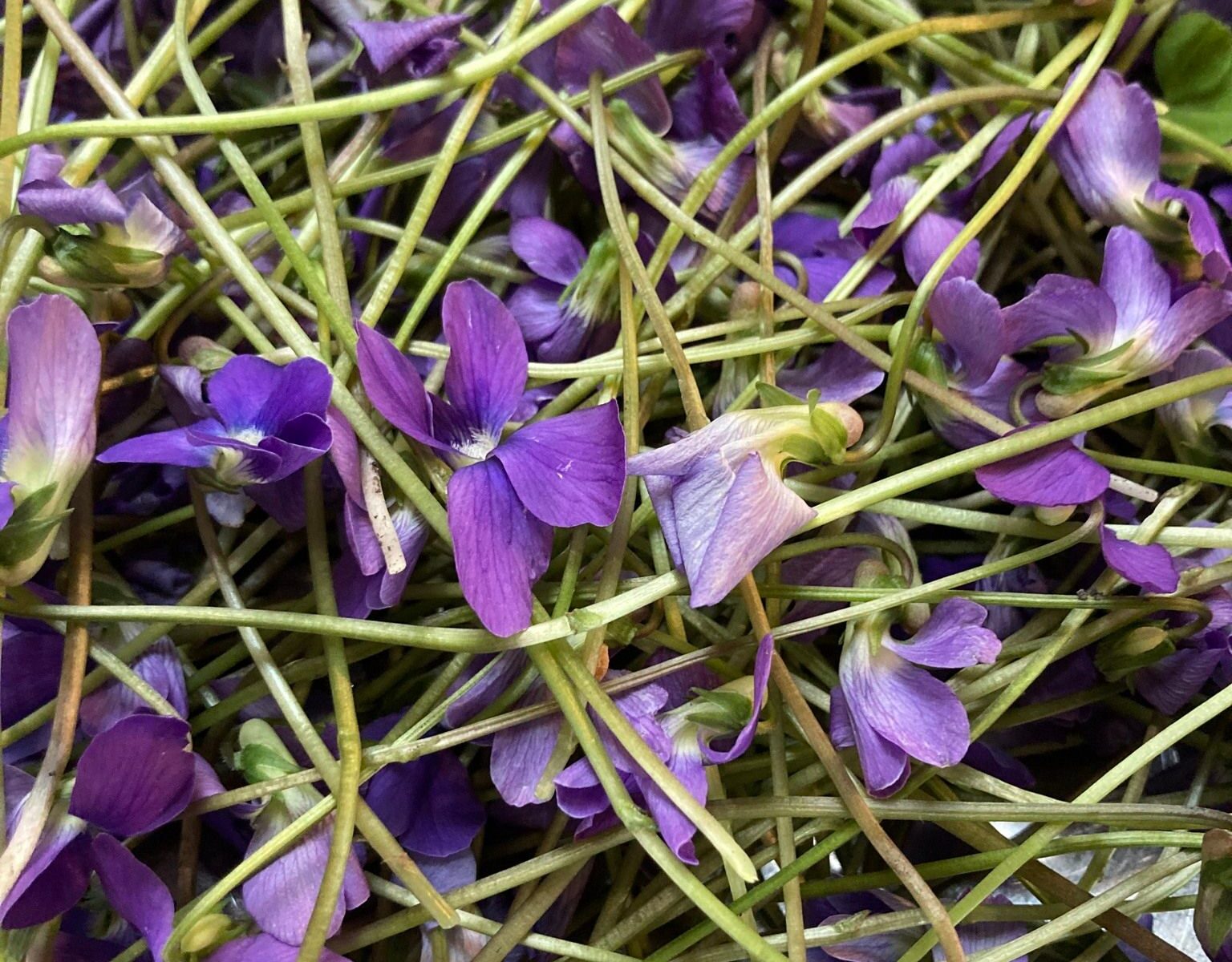 Y’all, I love the *concept* of sugared violets, but I just don’t have the patience. I find the process of brushing them with egg white and dipping them in powdered sugar so fussy, and the end result is never as neat as I want it to be, since the petals tend to stick together.

Maybe if I did it all the time, I’d get good at it, but I think I’m just going to accept that sugaring violets is really not my thing.

I did like making a violet simple syrup, though… 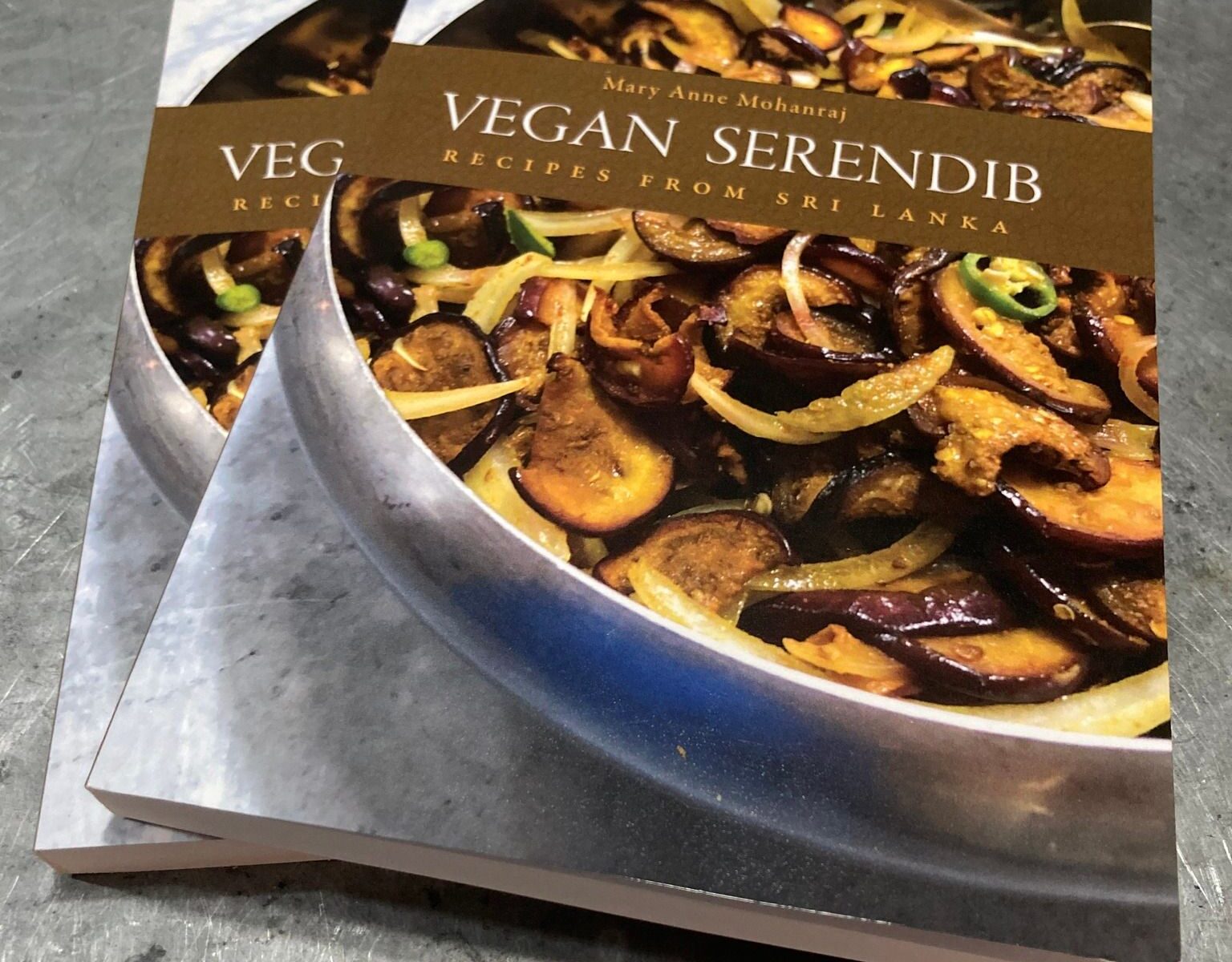 Note that these don’t have photos, to keep the cover cost down as much as possible, but there’ll be a gallery of photos on my site. Exciting!

Launch date Nov 15 — is it too early to start your holiday shopping? 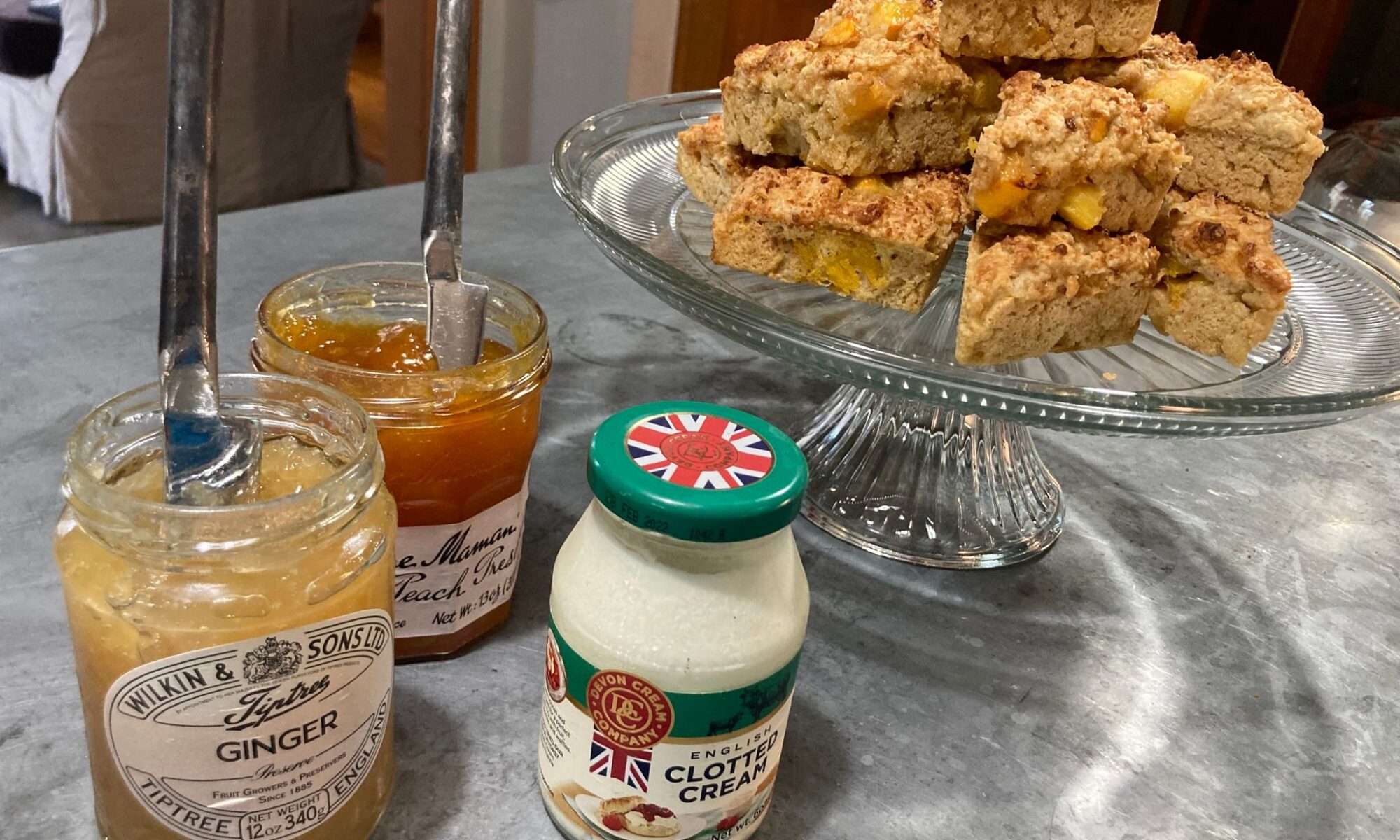 No recipe from me, because I basically just followed this one:

And when I say “I”, I mean Kavi, because I texted her the recipe and asked her to make them. I did collect the peaches from our tree and cut them up for her, though.

These scones don’t keep more than a day or two at room temperature, so eat fast, or freeze for later enjoyment. 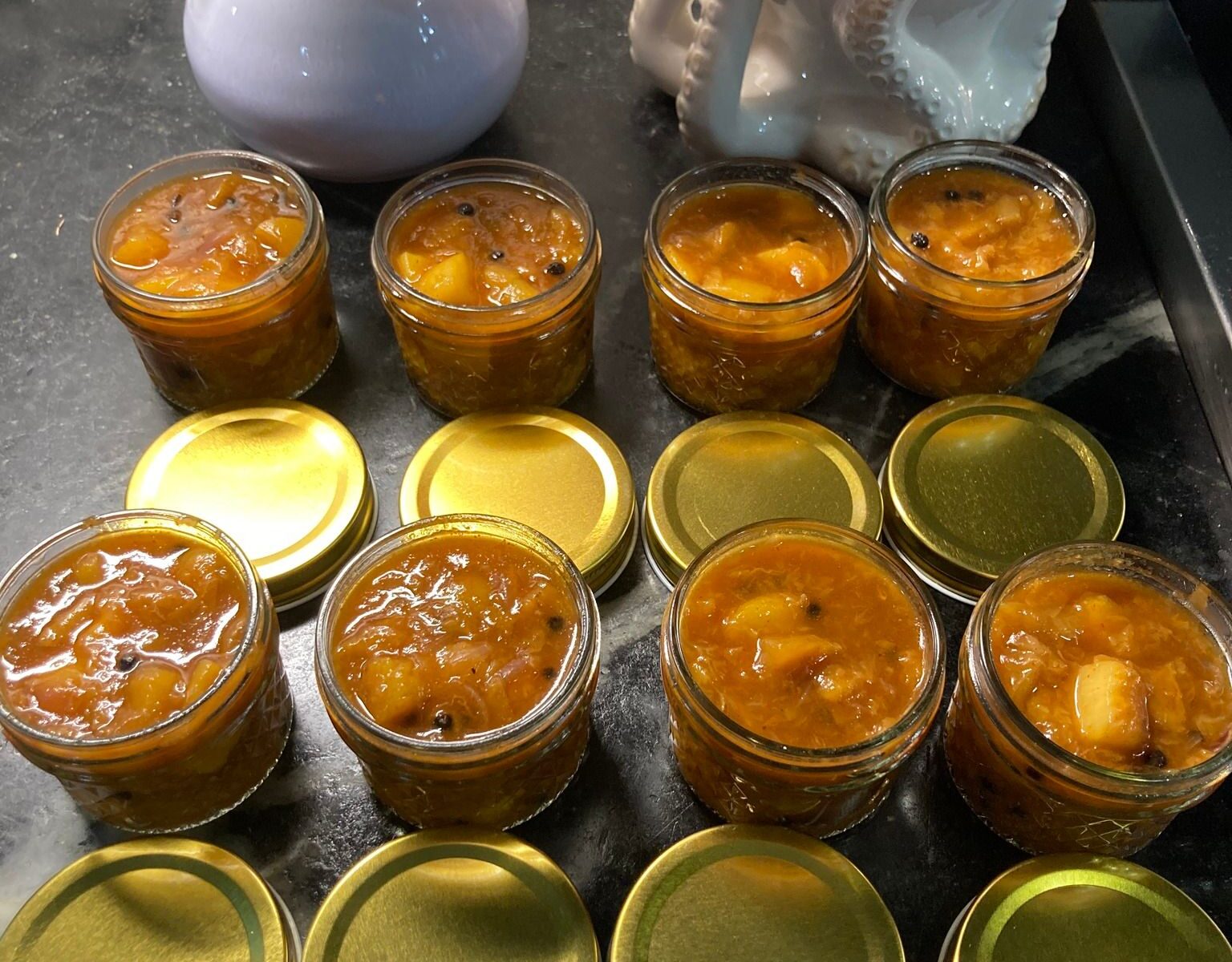 I pretty much just used my pineapple pickle recipe and subbed in green peaches instead, easing back a little on the spice level so the subtlety of the peaches could come through.