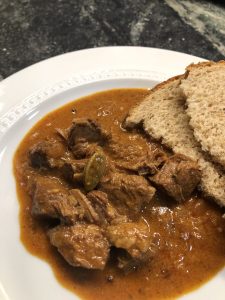 Cooking lamb curry in the instant pot is only a little faster than cooking this on the stovetop, but does mean that you can make it in advance, or go run an errand (or attend a board meeting, in my case), and let it keep warm until you’re ready to devour the dish.

2. Add chili powder, curry powder, and salt, stirring to combine, then add lamb and sear, stirring occasionally, for a few minutes, to bring out the flavor of the meat.

3. Add ketchup and coconut milk, stir well, scraping up any bits stuck to the bottom.

4. Set to pressure cook for 15 minutes; allow pressure to release before opening. Add lime juice and salt to taste, simmering if needed to reduce liquid. 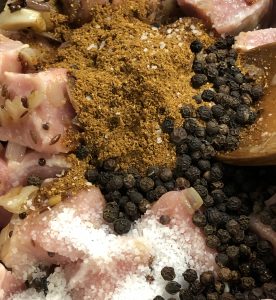 Cooking this in the Instant Pot only saves about 30 minutes off the traditional recipe, but it does make it easy to set it going, and then wander off, knowing it’ll be kept nice and warm for you until you get back. When I made this test batch, I was able to take Anand to his swim lesson after I set the pressure-cooking going, knowing that it’d be all done and ready for me to eat when we got back!

This traditional tangy, peppery dish gets its dark color from the combination of dark roasted curry powder, tamarind paste, and lots of black pepper. (The colloquial name ‘padre kari’ refers to the black robes of a padre / priest.) Tamarind paste is fairly easy to find in Mexican and Indian markets, or you can order it online. It keeps well in the pantry for a long time, even after opening. Typically, you’d leave a good portion of the fat on the pork pieces; it soaks up a ton of flavor, and is truly delectable, balancing the meat, which can otherwise be a bit dry after long cooking. But you can trim all the fat off if you’d prefer.

1. In the Instant Pot, sauté onions, ginger, garlic, mustard seeds, cumin seeds, and curry leaves in oil until onions are golden/translucent (not brown), stirring as needed.

2. Add curry powder, salt, and peppercorns, stirring to combine, then add pork and sear, stirring occasionally, for a few minutes, to bring out the flavor of the meat. 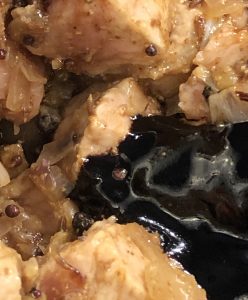 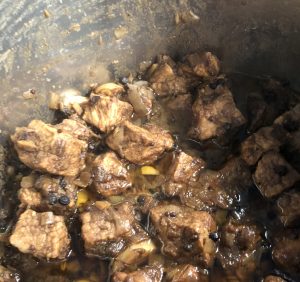 4. Set to pressure cook for 30 minutes; allow pressure to release before opening. Serve hot, with rice or bread. 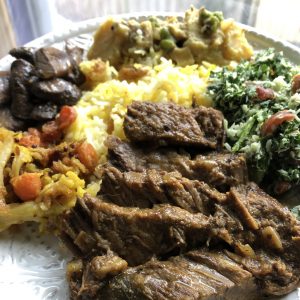 Instant Pot Sri Lankan Beef Smoore
This dish translated really easily to the Instant Pot — I hardly had to modify it at all. And it’s simple enough that even a novice cook shouldn’t find it too intimidating. It normally takes 4-6 hours by the traditional method, but this was just an hour, start to finish. Maybe add another 10-15 minutes if you’re slow at chopping onions, but still — v. speedy, and I didn’t notice any lessening of flavor from the traditional version.
Beef Smoore / Mas Ismoru
(1 hour, serves 8)
This is a dish of Dutch / Sri Lankan origin. Yummy with rice — also great in weekday lunch sandwiches on hearty Italian bread, or shredded into a pita or folded naan, with some pickled onions and a little yogurt. Long-handled metal tongs will help with moving the large piece of hot meat. This is made to authentic Sri Lankan spice levels; reduce chili powder for a milder version. Delicious with a deep red wine; garnish with cilantro if desired. A fabulous dinner party dish.
3-4 lb chuck roast
3 TBL ghee or vegetable oil
1 TBL salt
1 TBL pepper
1/2 cup vinegar
1 TBL tamarind, dissolved in one cup water
2 medium onions, finely chopped
6 cloves garlic, finely chopped
1 TBL finely chopped fresh ginger
1 stick cinnamon
2 stalks curry leaves
1 stalk lemongrass, chopped
2 TBL Sri Lankan curry powder
2 tsp chili powder
1 tsp turmeric
1/2 tsp fenugreek seeds
1 tsp salt
1 cup coconut milk
1. Set Instant Pot on sauté and heat oil. Rub beef with salt and pepper, then sear the beef until lightly brown on all sides, which adds great depth of flavor to the sauce. 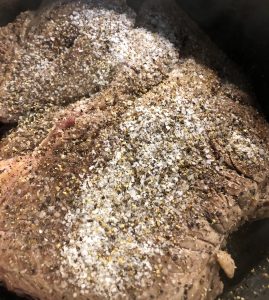 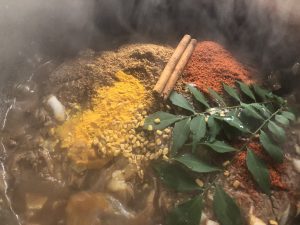 4. Cover the Instant Pot and set to pressure cook for 45 minutes. When finished, release steam and then remove lid. 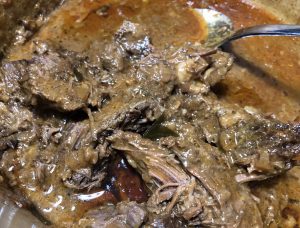 5. Remove meat to a serving dish; if the gravy is too thin, reduce it by boiling rapidly uncovered. Transfer gravy to a serving bowl. Slice the meat into the desired thickness, and pour gravy over the slices; serve hot with rice or bread. 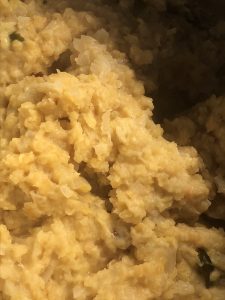 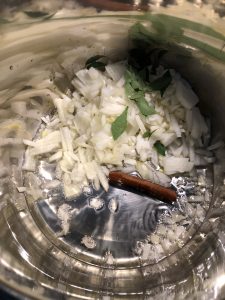 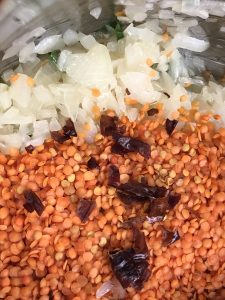 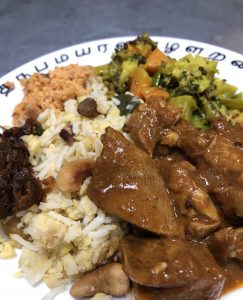 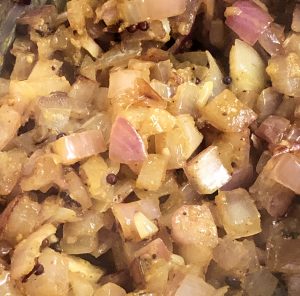 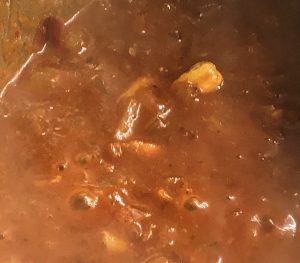 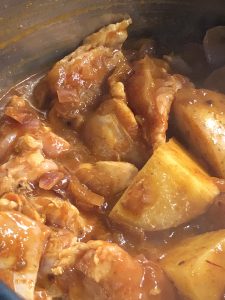 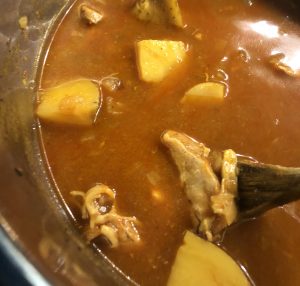