As we discussed possible containers for the seeni sambol, Kevin advocated for buns — which, fair enough, is actually traditional.  Seeni sambol buns can be found sold in roadside stands across Sri Lanka, so obviously, people like them.

But there was a problem — those buns were too big for cocktail / tea party.  Could I make mini buns instead? 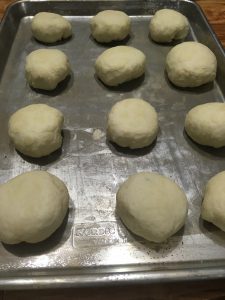 The answer was yes — I made the buns half-size (which, if you use my mas paan recipe, means that you’ll end up with 60 little buns), which was just big enough that you could dollop a teaspoon of seeni sambol and an eighth of a hard-boiled egg into the center, before closing them up. 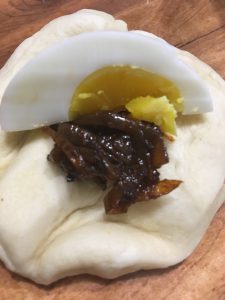 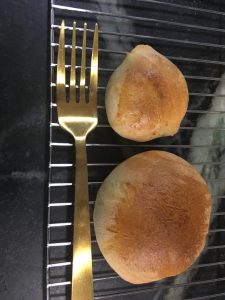 The end result was just fine, I’d say, and I would be happy to serve them to people.  This would be a great option for taking them on the road as a snack, as they’re nicely closed up and will keep well.  You should even be able to freeze them, I think, though I haven’t tried that, and I’m not positive what the cooked egg would do.  I also tried slashing the top in a criss-cross pattern, which makes for a more interesting presentation for a cocktail / tea, and lets you see a little bit of the bun. 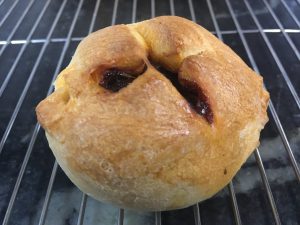 But I was pretty sure I could do better…