Still thinking about the Little Free Pantry we’re setting up by our garage. I think I’ve talked before about how I get a little squirrelly about having lots of food on me when I’m flying? That comes directly from the one time when I got stuck on the tarmac for several hours; hunger pangs you can’t address are weirdly panic-making, even when you know you’re not actually in any real danger. Ever since, I’ve generally carried a day’s worth of power bars and such with me while traveling.

It makes me similarly crazy when I think there might be people on my block who are hungry. I mean, I spent years writing a cookbook, people. Feeding people is intensely important to me, in a way I find hard to explain.

I had one bad summer after college, where I went to job interview after job interview, and I just couldn’t find a job, not even temp. secretarial work. The economy was bad, and there were no jobs to be had. I once dodged my landlord in the street — I literally ducked into an alley when I saw him coming, because I hadn’t paid rent in two months. There was a month or so that summer when I mostly lived on 20 cent packets of ramen, because that’s all I could afford.

I was never really poor, to be clear — I could’ve called my parents, I had friends with money who would’ve loaned me a $20 to get through the week, etc. I had resources available to me, in a way the truly poor don’t. But I had credit card debt I didn’t know how I would ever pay off, and I was broke enough to be a little scared.

And it’s one thing to be a 20-something in that position; my body could handle living on cheap ramen for a month. I’m sitting here in my writing shed with a lovely garden view. But there are apartment buildings right next to our house, and I can’t stand the thought that there might be a parent in there who’s been out of work for months, and now can’t afford nutritious groceries for their kids.

Okay. The pantry is set up, we have our monthly donations to Beyond Hunger in place. Sitting here fretting isn’t helping anyone. Going back to work now. 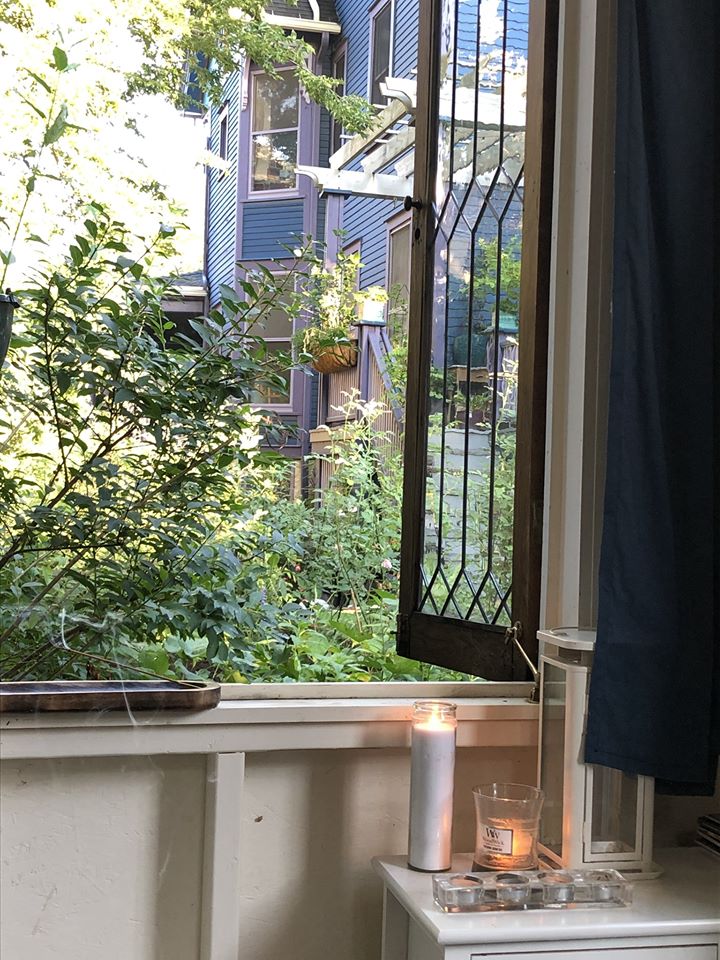