One thing that I’ve been struggling with is how much sheer time editing video and audio takes. I pay Darius, who does the first pass on editing, then for the cooking videos, both Stephanie and I review the edited version, and there usually are little clean-up things to add, so I don’t want to skip that step. But it takes a little time. One video / week, usually under 30 minutes, so not too bad, but still.

And for the MRAH podcast, again, Darius does the first pass, but then I’m the one doing the second. And I don’t want to skip that. Even if I left it to Darius to figure out where good break points would be in the episode (because Benjamin and I often record for 2 hours, and that’s a LONG time, so we’re planning to break episodes into part 1, part 2, etc.), he really can’t easily do the annotating.

That part’s important to me — when we mention books, authors, genre conventions, etc. and so on, I want to be sure the show notes are linking to all of those correctly; it’s particularly important because all of this will become part of the Portolan Project too, and will be, I think, useful to people studying SF (either as creative writers or as literature).

So I have to put in the time, which means recording the podcast takes about 3 hours on Sunday morning for the recording, and then at least 3 hours to annotate it. That’s a LOT of time.

I did figure out that it worked okay to review a cooking video while cutting mask fabric, which is more efficient than my watching soap-y Private Practice re-runs (don’t ask why I’ve somehow ended up watching this at the end of this pandemic summer, I think I just wanted to gaze at pretty people making way too much angst for themselves and turn off my brain).

It’s a little tricky, though, because I do have to keep at least glancing at the screen, to make sure that the little measurement notes and such that Darius adds in are accurate. It may work better for editing podcasts, which is the real time-sink right now. 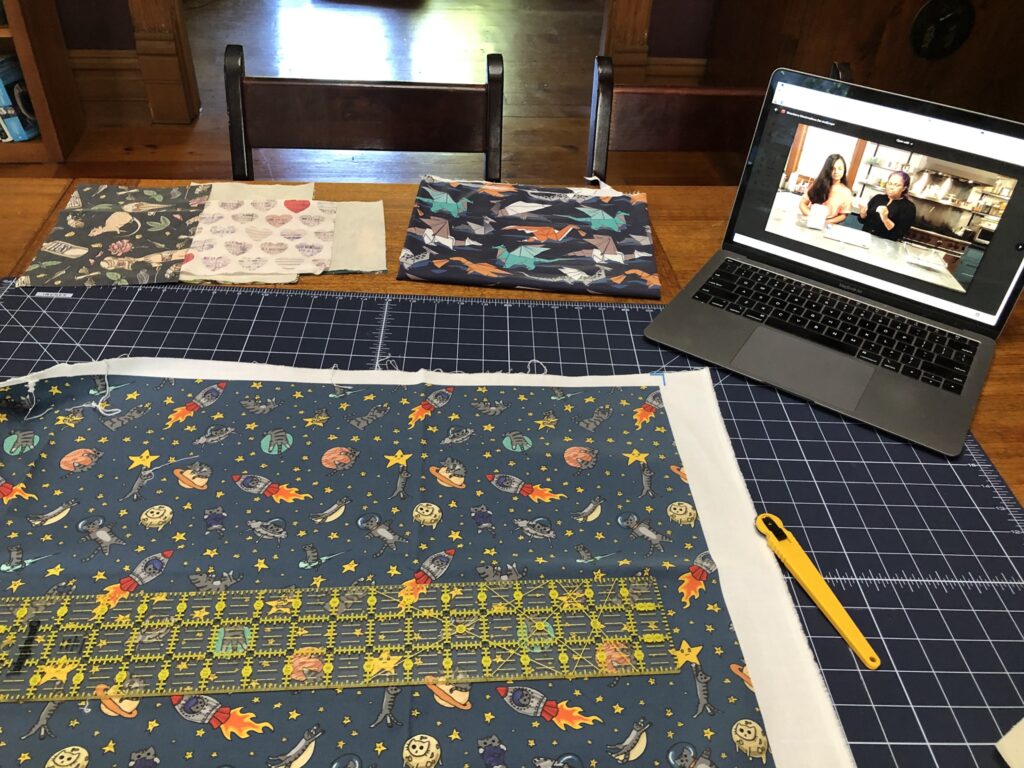