So, we tried signing up for Hello, Fresh, one of those meal kit places. The idea being that it would make it easier to teach the kids how to cook, since all the components would come together and we could skip the menu planning, grocery shopping, gathering ingredient phases.

I think that part basically does work, but I have a pretty mixed review of our first dish. The idea was that it would be roasted tomatoes and garlic with spaghetti and pan-seared chicken breast in a creamy sauce . The end result was quite pretty. Kavi (age 13) was able to do most of the steps, and Anand (age 10) helped a bit too. BUT.

a) the components would have been noticeably cheaper (maybe half the price?) if we’d bought them ourselves (and, in fact, we had almost all of them on hand already) — I mean, I knew that going in, and it’s okay, given the ‘easier for learning’ aspect, but wanted to note in case that wasn’t clear to anyone

b) they had us pan sear chicken breast for 5-7 minutes on each side, and even doing it for just 5 minutes each, the chicken did end up rather dry, as you might expect — it’s just not a great way to prepare chicken breast. I would definitely have used thighs instead, but Americans have this thing about chicken breast, which I guess is why they used it, but if you’re going to use breast, then you want to do something to keep it moister — brine it, maybe, or poach it and then give it a quick sear. Something.

c) for the sauce, they had us melt butter in a pan, and then add four little tubes of cream cheese and the pasta water. It felt somewhat wasteful having all those little separate tubes of cream cheese, and also, the resulting sauce still mostly tasted like cream cheese, instead of like a cream sauce, which I think is what they were trying to approximate. It was…OKAY, I guess, in terms of being slightly simpler than teaching Kavi how to make a roux and a cream sauce, but not that much simpler, and really kind of felt like it was mostly a way of advertising Philly cream cheese.

d) finally, the big complaint, is that they had us take two cloves of garlic (I don’t even want to know what they charged for the two cloves of garlic, but anyway), wrap them in foil, and roast them with the tomatoes for 20-25 minutes. I was pretty dubious about that method, and when we took it out and tried to crush it (which Kavi was really excited to do), she found, unsurprisingly, that the garlic was completely overcooked and pretty burnt. It was uncrushable, and we couldn’t use it. We added some garlic powder to the pan sauce instead, which was okay. We’re going to show Kavi how to properly roast garlic sometime soon, because actual roast garlic is a thing of great beauty.

So…I mean, I’m not cancelling this. We have burgers coming up later in the week, and next week’s meals ordered, and I think we’ll do it for a little while at least. It did get all four of us cooking together, which we haven’t done in a while, with everything being so harried, so it might be worth it just for that. I think it’s a good way in for beginner cooks, or even intermediate cooks who want to be pushed to try new things.

And it is nice, even for me, to have some of the decision-making taken out of weekly meal prep.

But I think going forward, we’re also going to feel free to critique their recipes and amend them as we feel necessary. 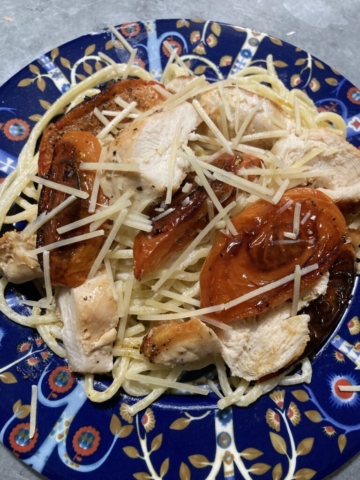 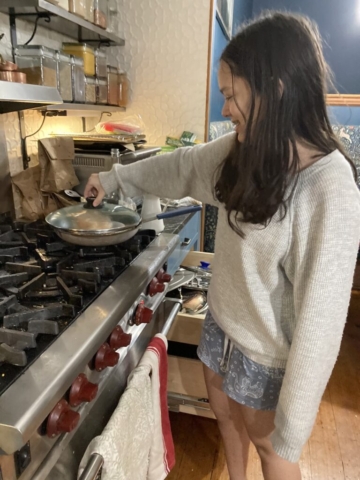 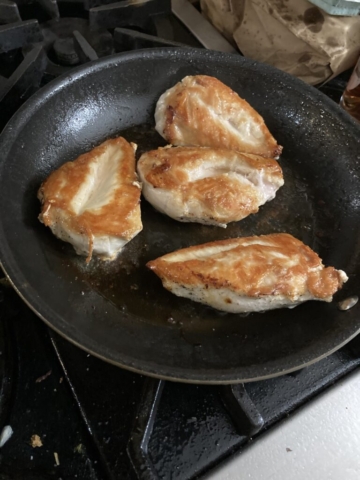 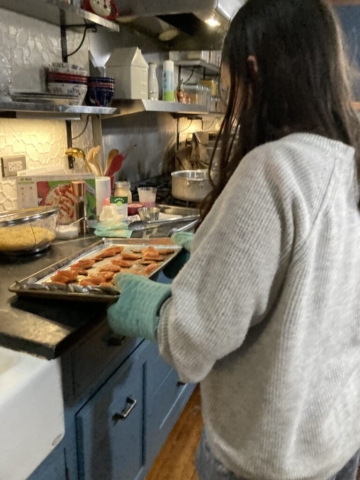 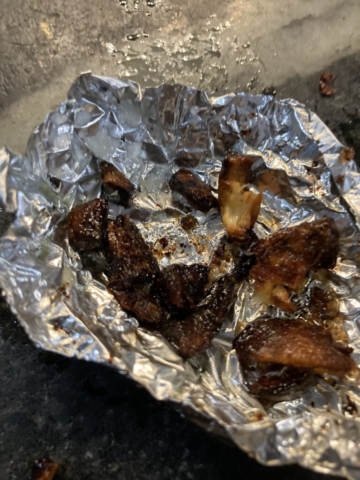 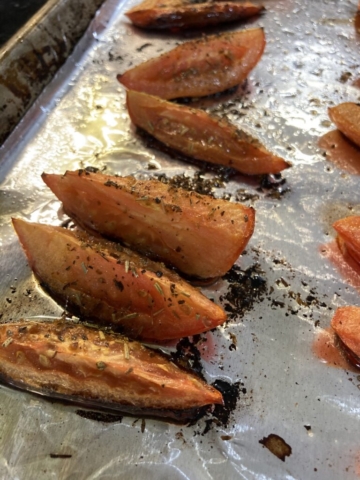 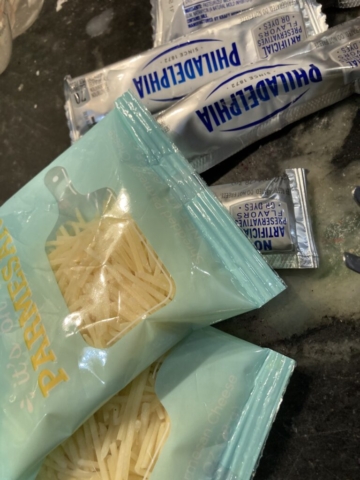