Okay, so this attempt to make vegan milk toffee failed, and I’m not sure why. It’s actually my second failure — in the first, the pot turned into a caramelized black solid mass, and I am very grateful to Jed and Kevin for scrubbing it clean over the next few nights, because I was so frustrated I was ready to throw it away in despair. Considering it’s a not-cheap All-Clad pot, that would’ve been bad. They fixed it though.

So, lesson one — condensed coconut milk heats up much faster than condensed milk, and you’d better stand right next to the stove and watch it, and also lower all the temps on your recipe (from medium-high to medium, from medium to medium-low, etc.).

Second time through, I watched it like a hawk, and while it still went faster than regular milk toffee, it seemed to be mostly behaving. It got to the standard stages (first thread, then soft-ball), as confirmed by my candy thermometer.

I then made made another mistake — the last step is normally to add a stick of butter, and I did that without thinking because I have made milk toffee SO many times, and that made it not vegan, sigh, so I suppose I should try it again either with vegan butter or skipping that step entirely — a lot of recipes don’t call for adding butter, but my Aunty Marina who taught me how to make this recipe uses it, and I think it gives a nicer texture.

But before I re-do it (again), I’d like to know what went wrong here. Because the end result of normal milk toffee is a firm texture — ‘toffee’ is a misnomer here, but it’s what it’s called in Sri Lanka. It’s much closer to fudge, and a sort of airy fudge. The closest texture I know is maple candy (or if you’re familiar with New Orleans pecan pralines, they’re basically exactly the same as our cashew milk toffee, except they’re dropped with a spoon on parchment paper, rather than poured into a tray and cut into squares).

The end result of my second attempt, however, was not something you can cut. It’s actually more of a toffee or a caramel. I’m really not a candy-making expert — I know how to do a few things well, so I’d appreciate any food science people here who can help out. I’m guessing that the condensed coconut milk has more oil, perhaps, than the condensed milk, and that’s changed the consistency? I guess I have two questions:

b) is there something I can do to adjust the recipe, so I can actually get milk toffee texture with vegan condensed coconut milk?

(Side note: It’s still delicious, you just have to eat it with a spoon. I’m thinking I spoon it into little sheets of cellophane and mold it into a caramel-like twist, and it’ll be fine for eating. Coconut-cashew caramels. But it’s not what I was going for.) 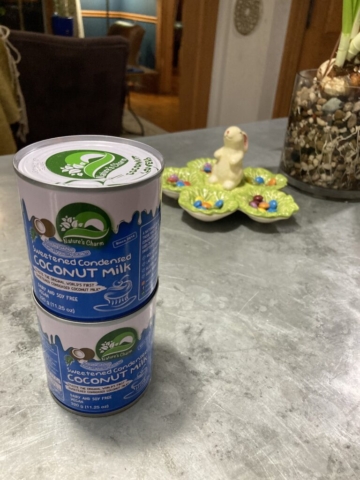 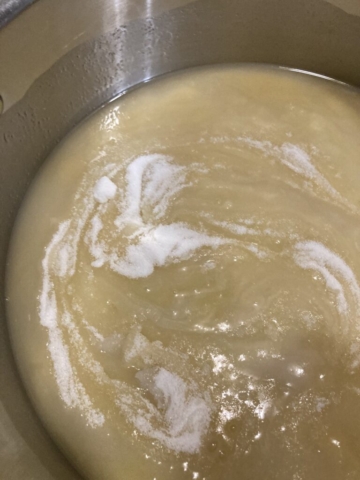 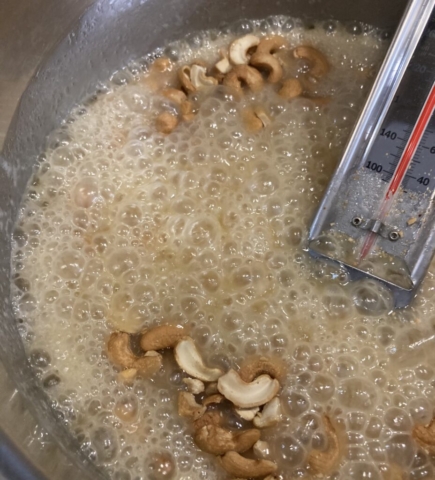 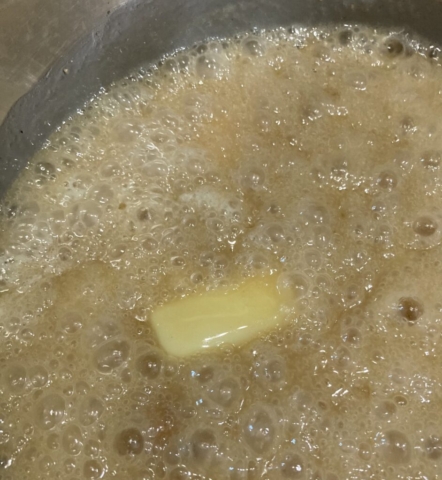 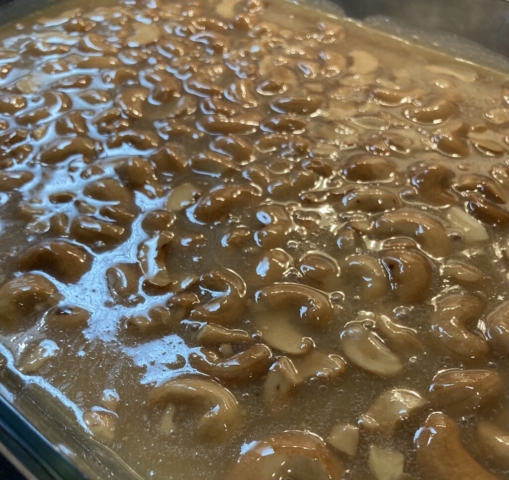