Well, that was a little frustrating. I tried making two different versions of Sri Lankan sesame seed balls, hoping to include one in Vegan Serendib, and I’m afraid I didn’t like either one. They’re both Jaffna recipes, Ella Urundai (sesame fudge) and Sesame Seed Pori Ma, and both made with roasted sesame seeds, rice floor, and jaggery.

They came out looking fine (though I did need to add a little sesame oil to help them bind together). But I just don’t like the taste — it has an edge of bitterness, and the roasted rice flour is kind of grainy even after binding with the flour and jaggery.

It might’ve worked better if I’d done a jaggery syrup, and combined in that? I’m not sure. But I think I’m going to try a different approach if I do this again — there are Sinhalese recipes for sesame balls made with jaggery and coconut — no rice flour, and that sounds better. I’ve also seen variations adding in Medjool dates, which sounds yum. (I’m not positive I actually like sesame candy, though, which might be the real problem.) 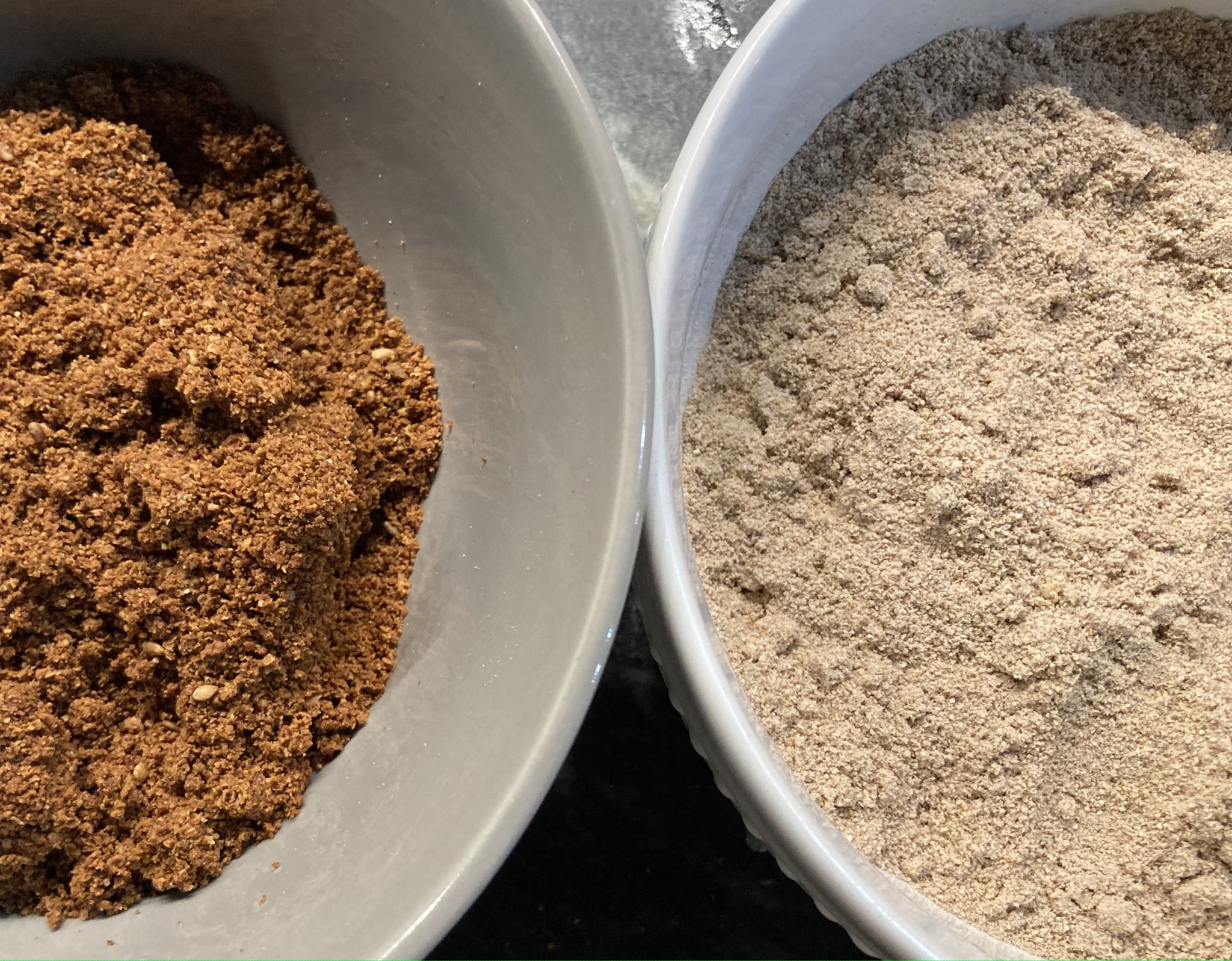