I had forgotten how much fun it is to show off the house and food and decor, until I had an excuse to do so for Lori Rader-Day‘s launch party for _Death at Greenway_. (Which I *keep* wanting to call Greenaway instead, but that is wrong.)

It was particularly nice, in a way I’d forgotten about after 18 months of pandemic, having total strangers coming through and exclaiming about how much they loved the house. I love Serendib House to bits, of course, but it’s not a standard sort of decor (my sort of medieval / industrial / South Asian / fantastical blend), and I’m always a little surprised when other people like it as much as I do.

My favorite comment was from one woman who said that everywhere she looked, there was a cool little ‘scene’ to take in. I admit, that’s something I work at!

Oddly, I think my ADD kind of helps in a way — I recently saw a reframing of ADD as not a deficit of attention, but rather an *oversupply* of attention — people with ADD, our brains notice EVERYTHING. That feels accurate to me.

On the home decor front, I really notice clutter, and find it distressing and distracting, so my first almost automatic step is to move through a room straightening it up. It’s hard to keep on top of that with family around, so it’s not usually quite as clear as I’d like on a daily basis — when I lived alone in Salt Lake City, my home was spotless, magazine-ready all the time. (Of course, it was much smaller, so easier to stay on top of, and I was also broken-hearted and miserably lonely most of that time, so I don’t actually want to go back to that…)

Once the space is clear, though, I love to compose little vignettes on mantels, counters, etc. Plants and wee creatures and stacks of attractive books and bits of unexpected art and seasonal touches, etc.

It’s a balancing act — I want just enough that it looks composed and attractive without tipping over into feeling cluttered (to me — everyone sets that at a different place, I suspect). I ALSO want our home to feel natural and liveable, so Kev and Jed and the kids can move comfortably through the space and put down books and coffee cups without worrying about messing something up.

Sometimes that’s a challenge, especially day-to-day. I spend a lot of time reminding the children to pick up blankets and put them back on the couch, and sometimes, Anand’s trail of crumbs on couch cushions is enough to make me want to scream a little. (He is learning how to use the Dustbuster. We’ll get there.) The kitchen island is a constant staging area, being covered with stuff, then emptied, then covered again…

But for a party, we clean up, dress up, and show off. 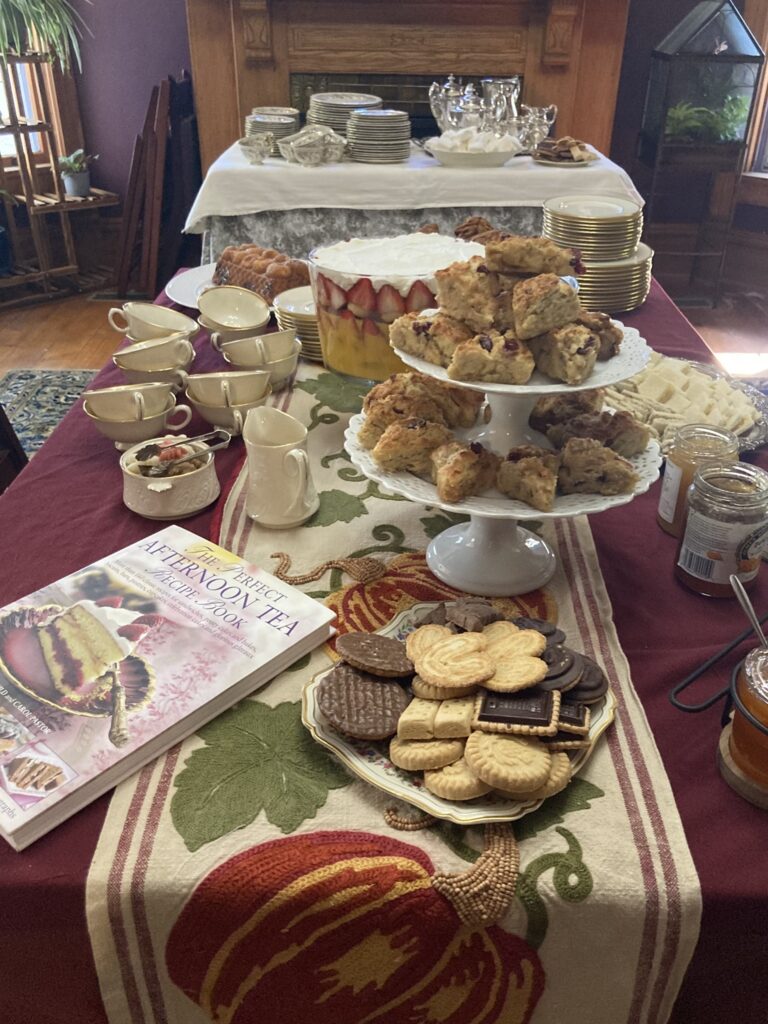