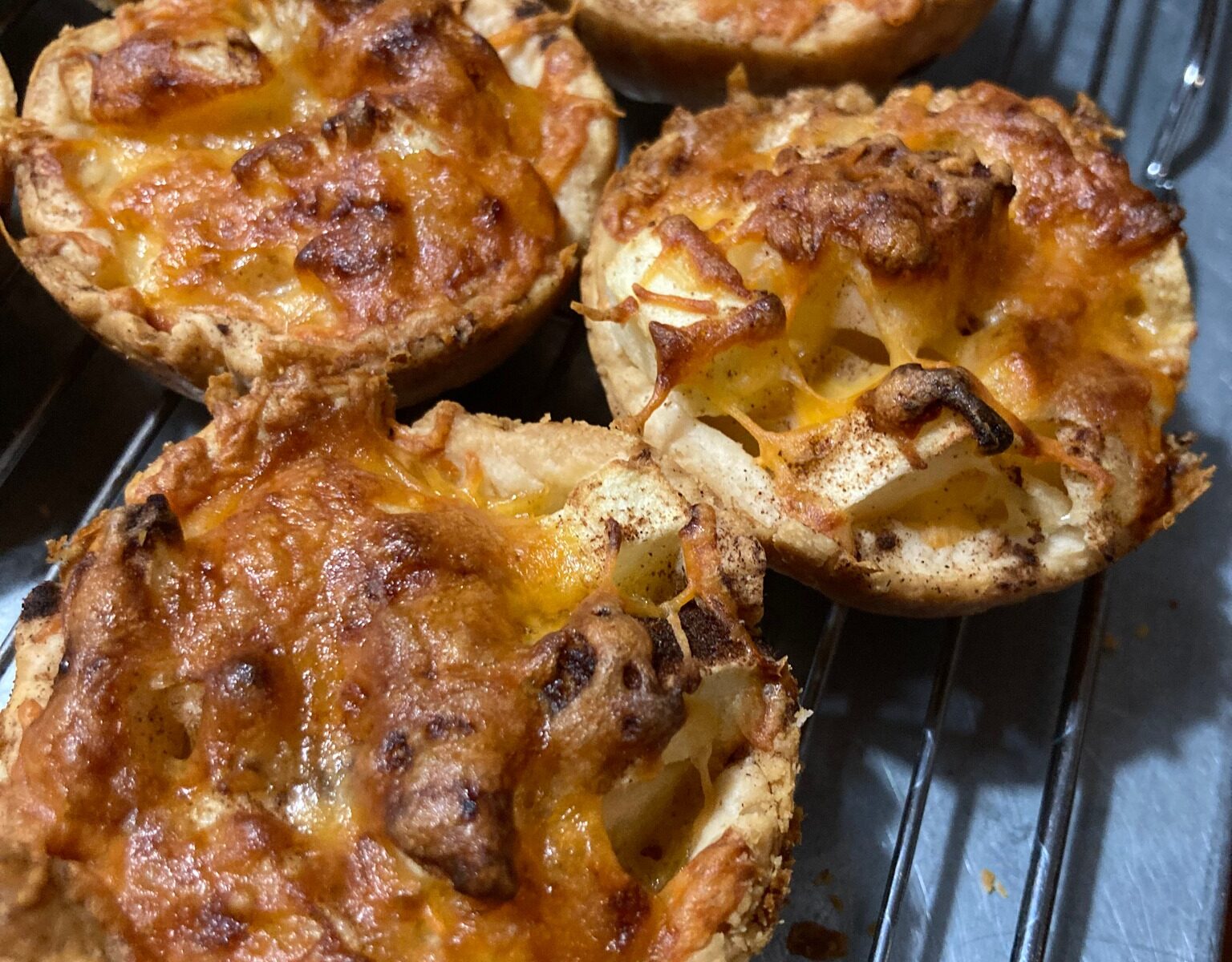 So you know how British cooking shows are great, and British detective shows are great? Well, I just finished watching an old series, Pie in the Sky (on Acorn), and it’s a British cooking + detective show, and it’s also great. But the one problem is that after pretty much every episode, I kind of wanted to have a pie — a steak & kidney pie, a shepherd’s pie, a fruit pie, etc. and so on. And mostly, I did not have pies on hand. Sadness. Woe.

But a few nights ago, I finally cracked. I remembered that I had some frozen Pillsbury pie crust that we’d bought for something at least a year ago and never used. And there was this chicken soup I’d made the other day, which was really closer to a stew than a soup, with plenty of potatoes and carrots in with the chicken, and that seemed like it was basically a chicken pot pie filling waiting to happen.

So I pulled out the pie crust and let it thaw for an hour, set the oven to 425F, and used a glass to cut out some circles and molded those into a muffin pan. Spoon some chicken stew in each one, stick them in the oven, and about 20 minutes later — slightly messy but yummy open-face chicken pot pies! Very nice with a bottle of rosé cider.

And I still had some pastry dough left, so I asked Kevin to cut up some apple into little cubes for me, and I rolled out and cut out more circles, into the muffin tin, pile in the apples, sprinkle some shredded cheddar on top, bake for 20 minutes again, and yum. Little apple & cheese pies!

My only problem is that we have now eaten all the little pies, I am now out of pastry dough, and I don’t have the patience to make my own anytime soon, I suspect. But on the other hand, I’ve finished watching the series, so it’s probably fine.

I’ll cook something else!