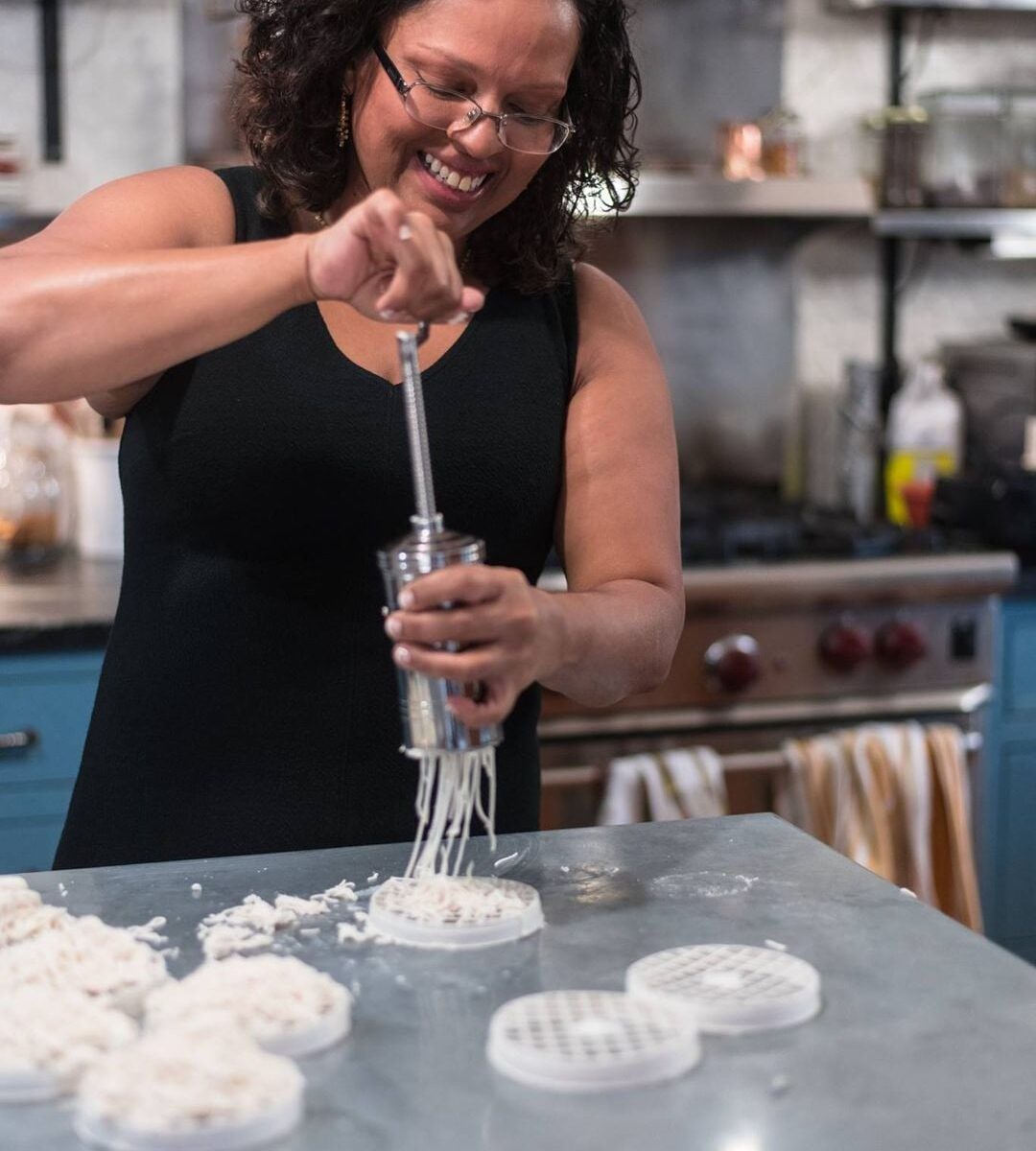 It was a little bit of a mad rush getting ready to leave town for ICFA — I was trying to grade a bunch of student papers (done!), get all the winter Patreon boxes out the door (done!), and make and photograph stringhopper (idiyappam) biryani (done, in the end, but with additional drama!)

The stringhopper biryani was the last photo I needed for Vegan Serendib — the recipe is almost identical to the non-vegan version, but without egg, and my previous photo had egg, so I had to re-make and re-photograph it.

All of which would be fine, except I’m not actually very practiced at making stringhoppers. Don’t get me wrong, I *love* eating them. I’ve eaten lots and lots and lots of stringhoppers, but mostly when other people made them. They’re one of my favorite Sri Lankan meals, usually eaten with sothi (aka kiri hodhi) and pol sambol, often for breakfast, but delicious at any time of day, really.

I made them a few times for Feast, because I certainly couldn’t put out a Sri Lankan cookbook without stringhoppers in it, but I think I’ve now made stringhoppers maybe 3-4 times total in my life? And they’re super-simple — make a rice flour dough, press through a stringhopper press onto mats, steam. Easy, right?

…and this is why I was up until past midnight on Wednesday night, even though I had to leave for the airport at 5 a.m. the next morning, because I was so anxious about getting started with these. I even made Kevin make the dough for me, at least the first pass of it, and still.

I did finally get through it, mostly through sheer willpower, guilt for keeping Stephanie waiting as she tries to finalize the book layout, and panic at the end. Sometimes panic can be your friend?

These photos look nice enough, but anyone familiar with stringhoppers who looks at them too closely will realize that my strings are just not very good. They aren’t smooth and holding together nicely — they are lumpy and thick and have a tendency to break apart. They’re embarrassing, and I’m glad my Amma isn’t on Facebook right now and won’t see these!

Tips welcome, because now I’m kind of determined to master these and get them right. I suspect mostly I just need a lot more practice.

I’m especially determined to get them right, though, because I served these to the kids for dinner on Wednesday night, and while Anand was not yet a fan, Kavi really liked the stringhoppers AND the fish sothi AND the spicy pol sambol. Which makes a Sri Lankan American Amma’s heart just melt into a puddle. (She did ask for a big glass of milk after eating the pol sambol, but that is just fine, especially since she also asked for seconds!)

So I pretty much have to start making stringhoppers more regularly, and I AM going to learn how to make them properly, dammit. (And I will make sothi without fish for Kevin, so he can enjoy them with us too…) And we will have them often, especially for breakfast on a lazy weekend, and we will be so happy….

(Looking back through my older posts, I see that I had major difficulties last time I tried to make stringhoppers too — no wonder I was avoidant about it. Residual trauma!