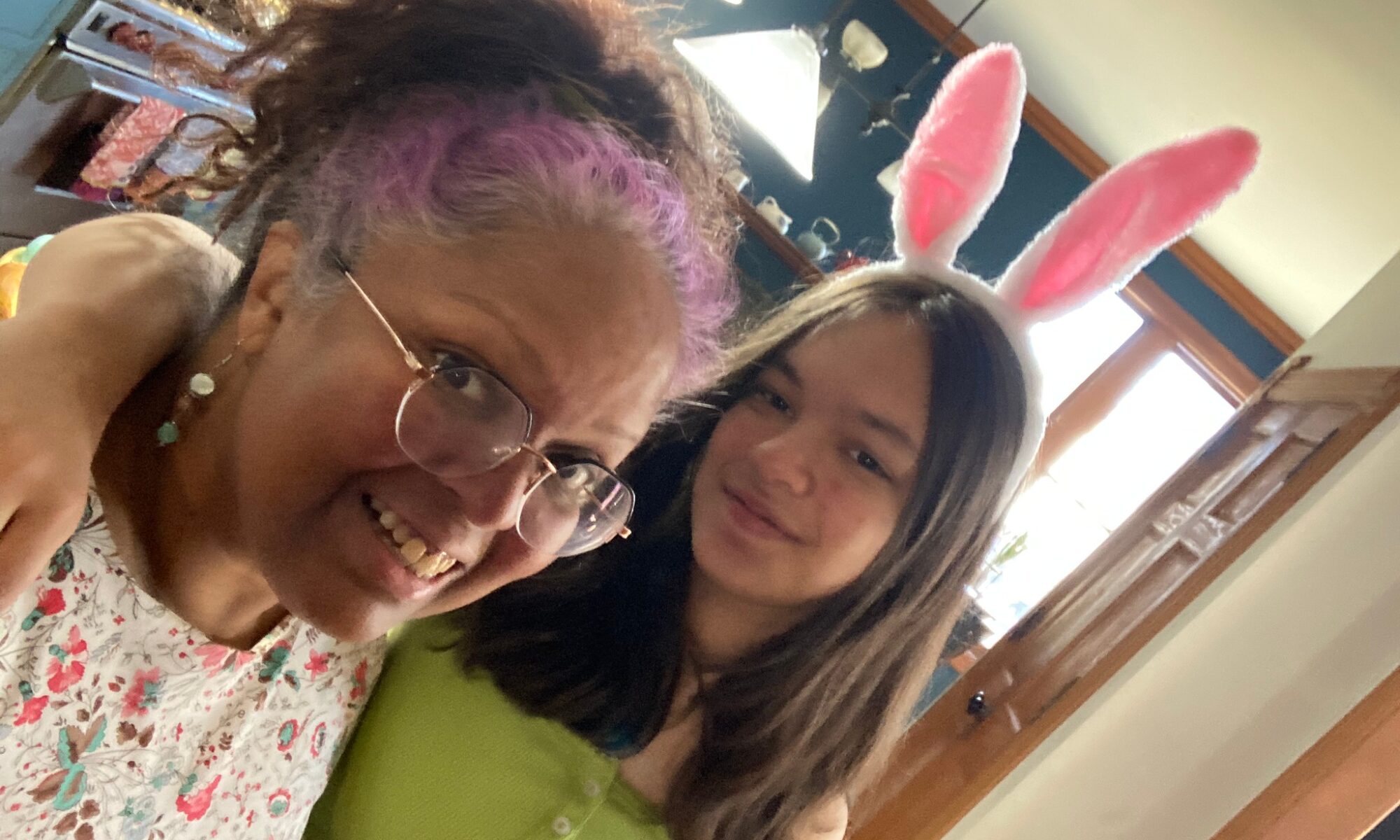 Kavi has discovered that she loves devilled eggs. She got a couple during the party, but they went fast, and after the party was over, she and I were lying on the couch watching Gilmore Girls together, and she said, pathetically, that she really wanted devilled eggs, and we didn’t have any. Tragedy!

I said, well, it would only take about 5 minutes to make some, since we had some hard-boiled eggs left in the Easter bread, and Kavi looked at me with big pleading eyes, so I laughed and got off the couch and made her some devilled eggs.

(The ham was super-easy — it’s pre-cooked and sliced, so it’s just heat in the oven, then cut off slices and serve. I like this little trio of glass jars; I decanted three ham accompaniments into them, so easy.)