So, this was kind of a disaster, trying to make Sri Lankan marinated cod, baked in banana leaves, because the fish itself did not cook well. But the overall *process* was okay, I think, so I’m documenting.

I started with some onions, ginger, garlic, finger hot chilies, pureed them in the food processor, added lime juice to make a marinade. Also seasonings. So far, so good, right?

The tricky part was adding the cod to the marinade. I’m not so familiar with this process, but I googled, and instructions said marinate at least 30 minutes, but longer is fine. And I was busy that day, so I ended up marinating for 4 hours or so. Which I think was bad, because I think it essentially half-cooked the cod, like ceviche.

Another problem was that the cod has been previously frozen, and I’ve done a lot of cooking fish from frozen before, like tilapia, but apparently it is trickier to cook cod from frozen? At least when I googled afterwards, I found a lot of people complaining about it.

The sadness here is that the end result had good flavor, but the texture of the fish was terrible. It looks fine, but that’s a lie — even the nice, flaky-looking fish is actually rubbery-sad. 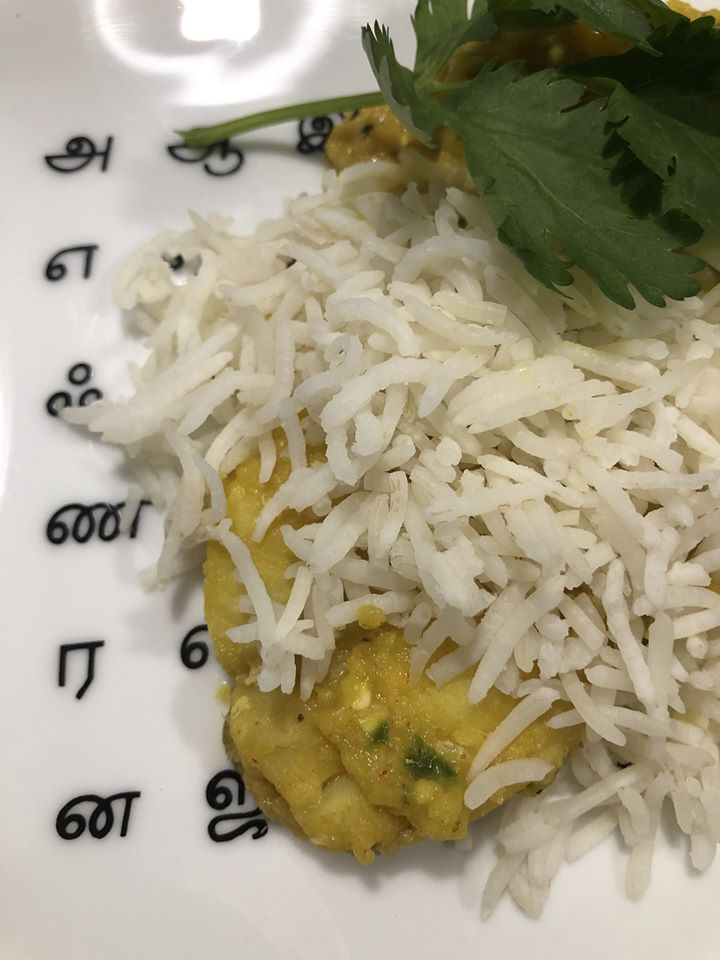 I might try this again sometime, but if I do, I’m going to try it with fresh cod, and only marinate for 30 minutes (before baking for 15-20), and see whether that takes care of it.

I was so excited. Sigh.