Maybe it’s just me, but I kind of think chilaquiles and kottu roti are kind of the same thing? Along with kedgeree / khichuri, and probably lots of other similar dishes from around the world. (Casserole is related, though baking rather than stovetop is a different process.) All ways to salvage dried out leftovers and transform them into something fabulously delicious.

– I chopped a shallot and some green chili and sautéed it in a good amount of oil
– I chopped up the tacos and added them to the pan, sautéing them all together
– I poured in some jarred tomatillo sauce (Kevin made a batch a while back, so it was particularly tasty tomatillo sauce, but any will do)
– I could have stopped there, but we had fresh cherry tomatoes, so I chopped some of those and stirred them in too, after taking it off the heat — a great contrast
– if we’d had fresh cilantro, I would have topped it with that. A little queso fresco would be nice too. Could’ve added some chopped raw onions for a little more bite and freshness

But this took may 5-10 minutes to make, saved the tacos, gave me lunch today and probably breakfast tomorrow, and was SO, SO tasty.

This basic process, of rehydrating and cooking dried out protein + starch in a sauce, ideally with some fresh elements added too, is a pretty key cooking skill, I think. Easy, frugal, yum. 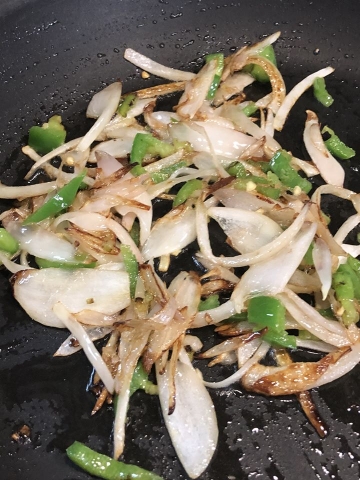 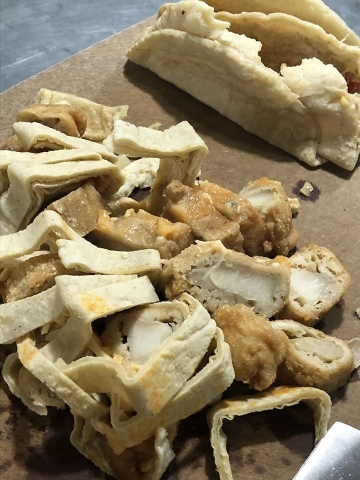 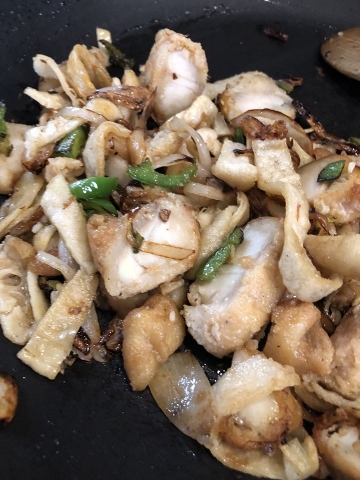 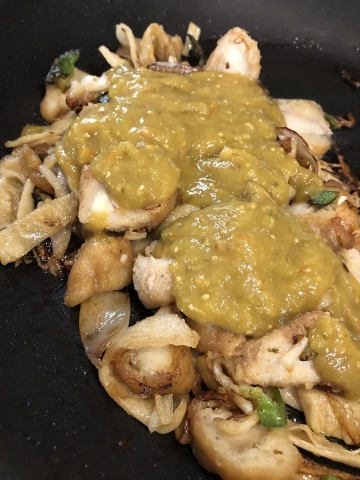 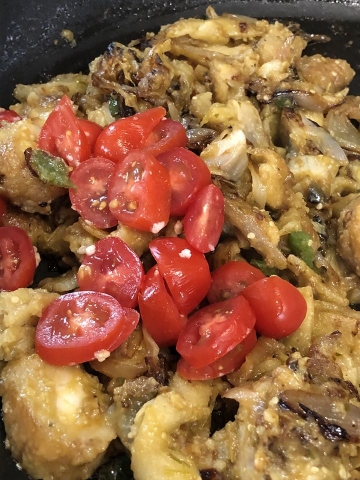