This recipe may not quite match up to the photos, since when I was making biryani for New Year’s, I used leftover lamb curry as my base. But it’s basically the same concept. So luxurious — fit for a maharajah’s table.

Biryani, derived from the Persian word berya, which means fried or roasted, is a rice-based dish made with spices and either lamb, goat, beef, chicken, egg, prawns, or vegetables—your choice! It is generally more strongly spiced than a pilaf (though closely related), and commonly layered as part of its preparation. Sri Lankan biryani is spicier than Indian, and generally served with curries and sambols.

This has a lot of ingredients and may look a bit intimidating, but it’s actually quite straightforward—mostly, you’re just adding everything to one big pot, step-by-step. It isn’t usually everyday food, given that it does take a while to cook, but if you have a special occasion to celebrate, biryani is an impressive crowd-pleaser. It will come out a bit dry, so I would serve it with a curry, or something else that offers a gravy. Even a yogurt raita would work!

Tip: If you don’t have an oven-safe dutch oven, you can start this in a regular large pot and transfer it to a baking dish for the final step.

4 boiled eggs, peeled and sliced in half

1. Cook rice via usual method and set aside.
2. Cut lamb into cubes and season with coriander, cumin, black pepper, and curry powder, together with salt and vinegar and set aside.
3. Melt butter or ghee over medium heat and lightly fry the cashew nuts and sultanas, stirring, and set aside.
4. In the same pan, fry the onions, curry leaves, cardamom pods, and cloves until golden brown.
5. Add the lamb to the pan and sauté, stirring occasionally, until the lamb is cooked through and the liquid has cooked off, about 20 minutes.
6. Add the rice and stir gently; add coconut milk and cinnamon, mixing gently. Simmer over a low flame for about five minutes, until well blended.

7. Serve on a flat dish and decorate with fried sultanas, cashew nuts, and boiled egg halves.

Note: For a fancy preparation, I’ve read that some chefs fry papadum, cut it fine, until it resembles straw, and then use that to concoct a nest; they nestle the biryani with it, and mold chickens out of a combination of mashed potato, butter, and egg yolk. But I’ve never seen or tried that! 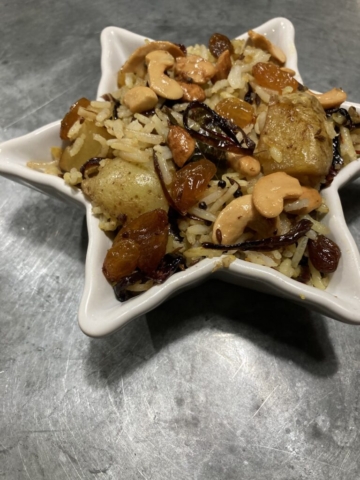 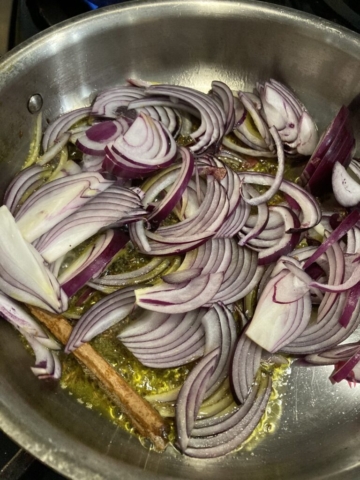 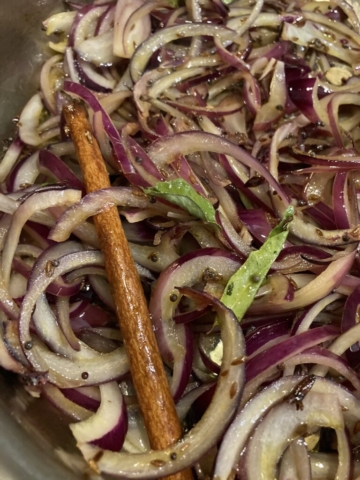 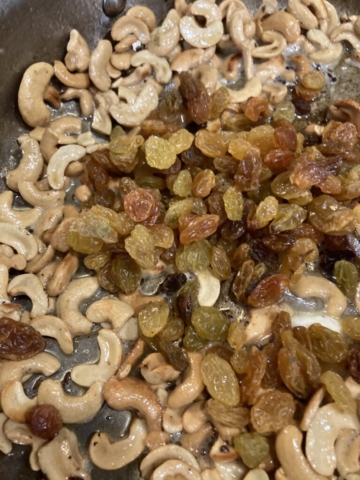 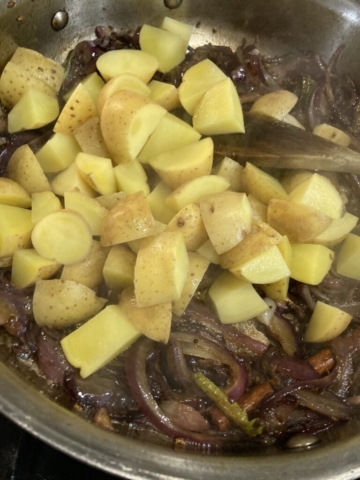 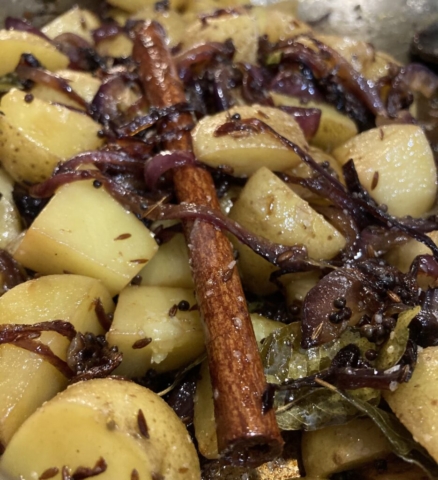 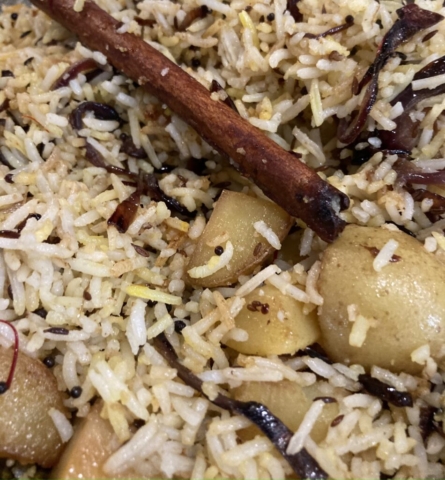 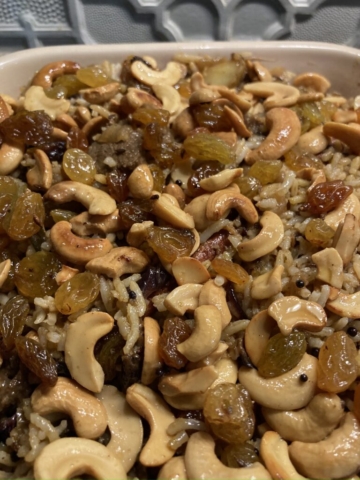