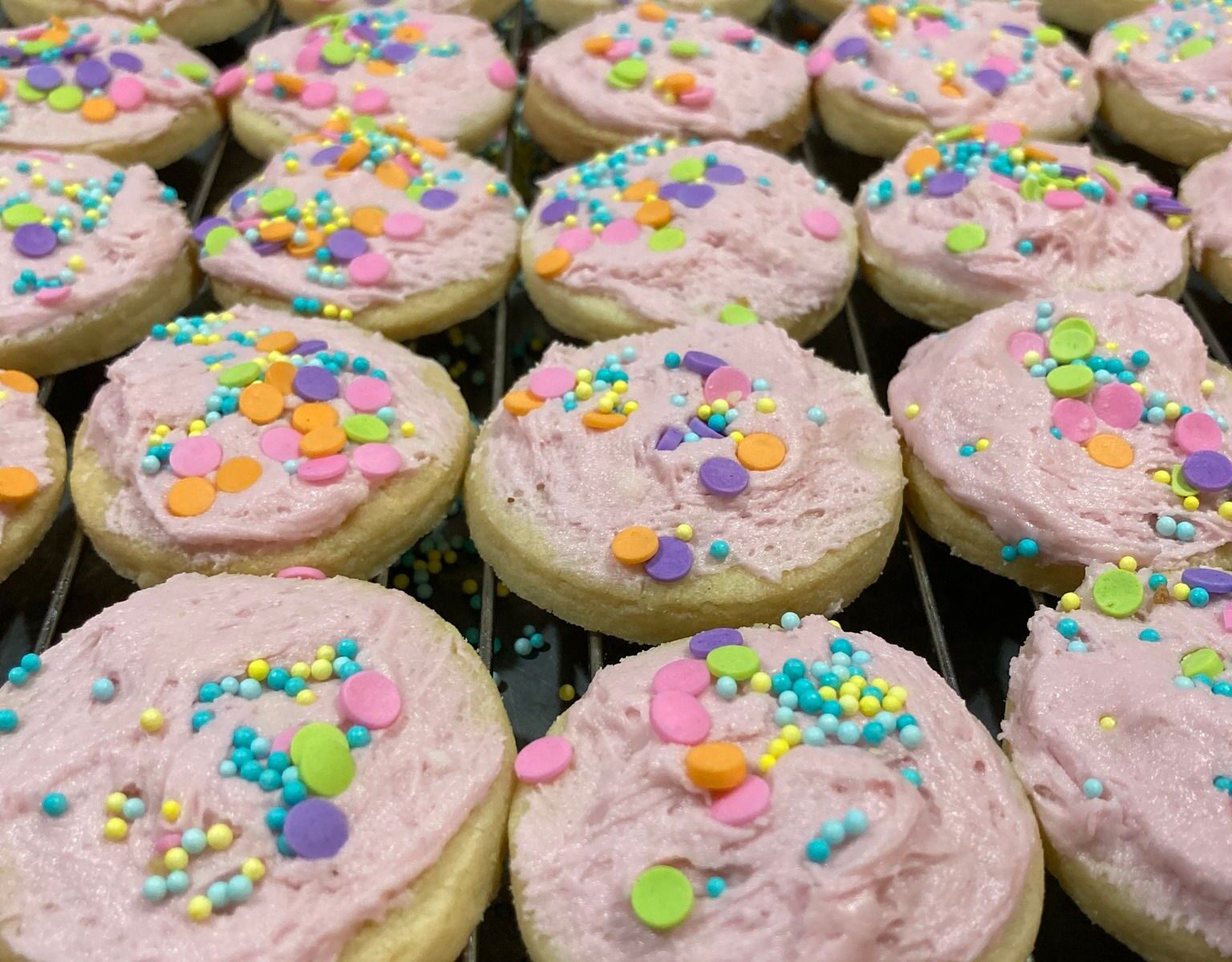 Finishing up the Patreon baking. For the fairy theme, I thought it’d be fun to do a spin on classic fairy bread, which is bread and butter with sprinkles, popular in Australia and New Zealand.

I did sugar cookies instead of bread, spread with a rose & vanilla buttercream and covered in sprinkles. The end result is quite sweet, but I gather fairies are very fond of nectar, so it does seem appropriate.

The Spruce Eats had some fun notes on fairy bread:

“The exact origin of fairy bread is not known, but some say it may come from the poem “Fairy Bread” by Robert Louis Stevenson in his anthology A Child’s Garden of Verses published in 1885. The poem is as follows:

Come up here, O dusty feet!
Here is fairy bread to eat.
Here in my retiring room,
Children, you may dine
On the golden smell of broom
And the shade of pine;
And when you have eaten well,
Fairy stories hear and tell.

For a variation on fairy bread, try topping buttered bread with chocolate sprinkles instead. This treat is popular in the Netherlands, where it is called “hagelslag,” which quaintly translates to “hailstorm.””