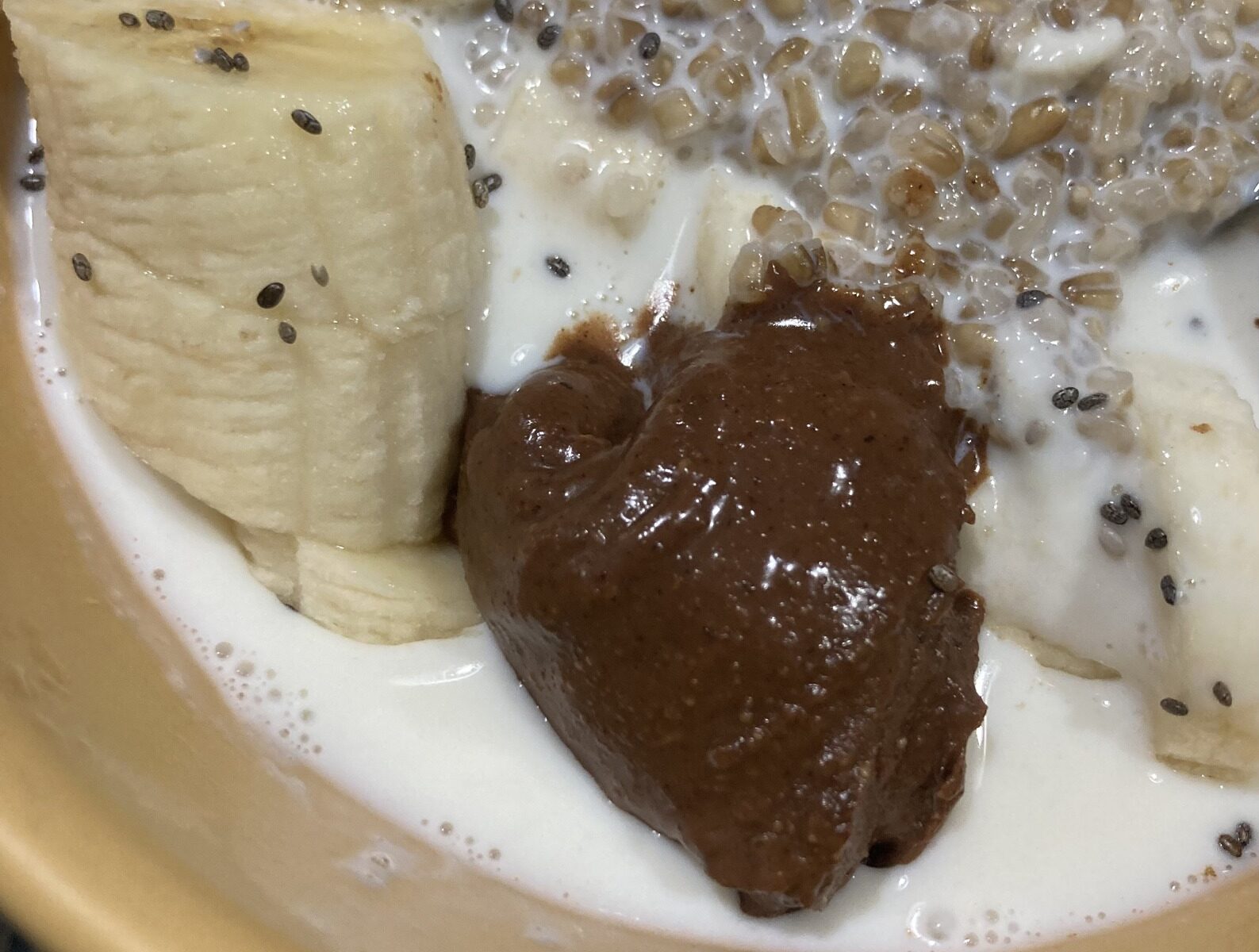 Well, today’s oatmeal experiment was less successful. You warned me, but now I have empirical evidence that I do not like making steel-cut oats in the microwave. I will not be trying that again. (I will probably try the overnight method at some point, but the problem is that I don’t necessarily know the night before whether I’ll want oatmeal in the morning.)

Even though I was just making 1/4 c. of oats and I put it in a large covered 4 c. glass measuring dish, that wasn’t large enough to keep it from foaming over anyway, which made an extra mess to clean up, bah.

AND, less of the liquid cooked off, so while the oats were cooked in 10 minutes, they were swimming in more liquid that I would want. Much prefer stovetop method, where the liquid simmers down and concentrates to more of a porridge-y thing.

On the other hand, I tried a different chocolate-nut butter, and I think it’s a better option for me (I’m pre-diabetic, and had gestational diabetes with Anand, so I try to watch my sugars).

Justin’s Chocolate & Almond Butter isn’t as sweet as Nutella, nor as silky, so if you’re going for that dessert-y feel, you may be disappointed. And it does have a little more fat & a fair bit more sodium than Nutella, so if you’re trying to limit those, you may not want to switch.

But Justin’s has half the sugar / carbohydrates of Nutella, which is better for me. I also appreciate that the first ingredients listed (the ingredients it has the most of) are hazelnuts and almonds, where Nutella’s first ingredients are sugar and palm oil.

Justin’s is quite nice swirled in with oatmeal, banana, and a sprinkle of chia seeds, and I like it straight off the spoon too — that bit of extra salt is a nice contrast with the nutty sweet.